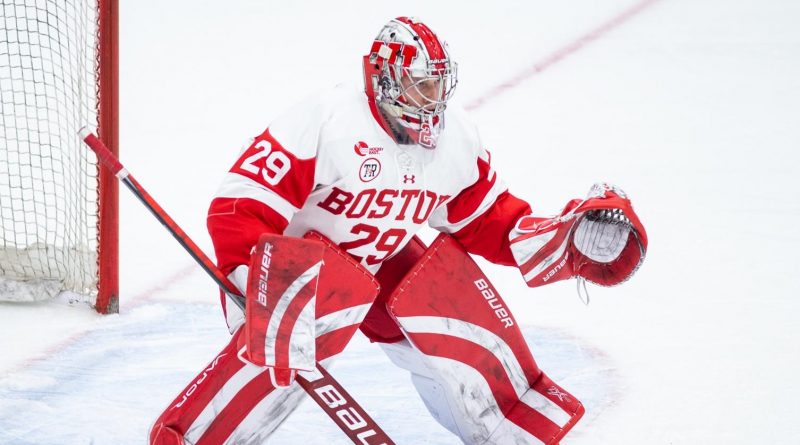 On Thursday, Ryan Kennedy of The Hockey News/Sports Illustrated published his list of the top 100 players to watch in college hockey for the coming season.

Blackhawks fans should be pleased with how he feels about some of the team’s recent draft choices playing in the NCAA this coming season.

Here are the prospects Kennedy ranked in his top 100 and what he had to say about them:

7. Alex Vlasic, D, Boston University
Drafted: 2nd round (#43) in 2019
Shoots: L
Comments: “One of my favorite players to watch last year, the big Vlasic has truly taken his offensive game to another level without sacrificing ‘D.'”

10. Drew Commesso, G, Boston University
Drafted: 2nd round (#46) in 2020
Comments: “If I’m Team USA, he’s my world junior goalie. Exciting to see what the promising netminder can do as a sophomore with the Terriers.”

18. Wyatt Kaiser, D, Minnesota-Duluth
Drafted: 3rd round (#81) in 2020
Shoots: L
Comments: “UMD has been a factory for blueliners lately and Kaiser is the latest star, bringing excellent skating to the back end.”

73. Dominic Basse, G, Colorado College
Drafted: 6th round (#167) in 2019
Comments: “Towering netminder did what he could for the Tigers as a freshman; they’ll need him to be big again this season.”