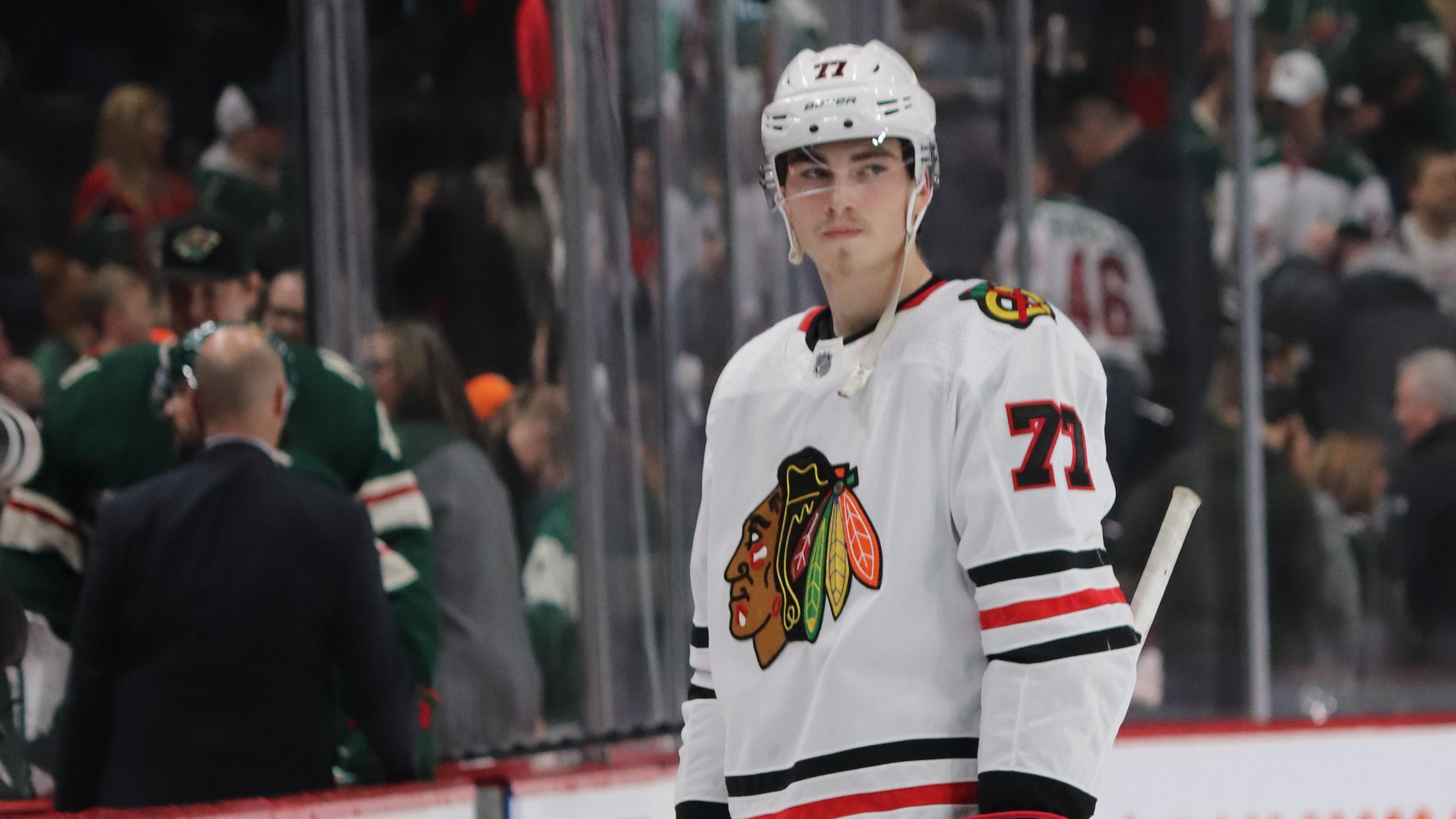 The Blackhawks game into Tuesday night’s game appearing to be headed in the right direction. Minnesota, on the other hand, had struggled over the past month.

So of course the Hawks were a no-show in the first period.

Minnesota out-shot the Blackhawks 12-4 in the opening 20 minutes. Neither team scored, thanks in large part to Corey Crawford being terrific.

Chicago wasn’t as lucky in the second period. Though both teams put 10 shots on net, only two went in. And both were off the stick of Kevin Fiala, the first an even strength marker almost four minutes into the period and the second a power play goal with just under five minutes left in the period.

Jonathan Toews collided with Alex Stalock and Minnesota’s netminder was flat on the ice for a few moments. It appeared the contact was with Stalock’s head and he looked to be in a bad spot, but somehow he stayed in the game. Apparently there are no concussion specialists in the State of Hockey.

The Hawks were flat for 40 minutes and need some bounce.

So Jeremy Colliton threw the lines back into the blender to open the third period and the offense woke up. It wasn’t the usual suspects sparking the comeback, however.

Rookie defenseman Adam Boqvist got the Hawks on the board at 6:23 into the second.

A few minutes later Kirby Dach undressed Jonas Brodin and almost converted a highlight reel goal. Unfortunately Stalock was able to make a save on the gorgeous move.

Chicago was able to tie the game 10 minutes after Boqvist’s goal. The Hawks’ second goal also came from a defenseman. Olli Maatta ripped home his fourth of the season thanks to a great screen from Alex DeBrincat.

Dach and Erik Gustafsson were credited with the assists on Maatta’s goal.

After having little/no offense and 14 total shots on net over the first two periods, the Hawks out-shot the Wild 15-7 in the third. Crawford made some big saves down the stretch to keep the game tied and the game went to overtime.

The first two minutes of overtime were hectic. The puck was flying up and down the ice but Minnesota was the only team getting the puck on net. At 2:21 into the extra session Matt Dumba was able to get a puck past Crawford and end the game, giving Minnesota a 3-2 win.

Dach skated 17:30 with one assist but won only one of four faceoffs.

David Kampf led all Chicago forwards with four shots on net and was the Hawks’ best in the faceoff circle, winning eight of 12 in 14:46 on the ice.

Boqvist was pretty good all night. He skated 18:49 with a team-leading three hits and a goal.

47 thoughts on “Blackhawks Come Back Late, Fall To Wild In OT”