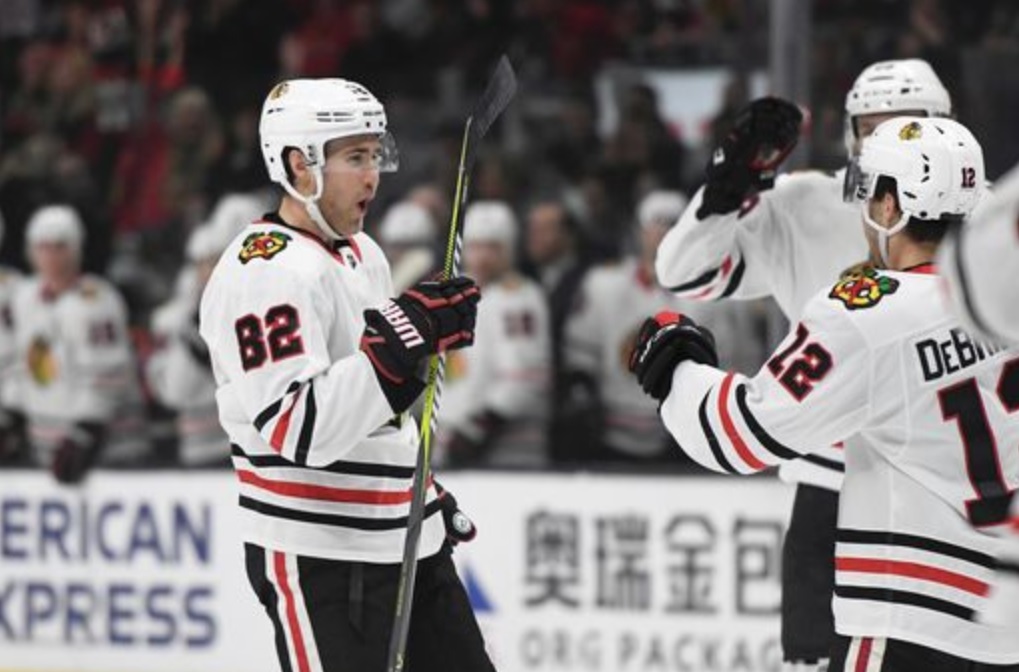 The Hawks went to Hollywood, so of course they followed the usual script.

Then get completely dominated for 20 minutes in the second period. And go to the third looking up at a 3-1 deficit.

But… Saturday wasn’t the usual tuck-tail-and-go-home-in-one-piece effort from the Blackhawks.

Chicago was being out-shot 25-15 after 40 minutes and looked like their usual dumpster fire.

But… Saturday was different.

Jordan Oesterle scored the Hawks’ first goal in the first period, and blocked a shot that would have easily gone into a wide open net late in the second period to keep the score 3-1. That blocked shot would prove to be enormous.

Drew Doughty lost his mind at 8:32 into the third and turned a hooking penalty into four minutes in the box; he hooked Erik Gustafsson and then earned an unsportsmanlike conduct minor with his extensive vocabulary. During the second half of the four-minute advantage, Artem Anisimov slammed home a rebound to cut the lead to one.

Four minutes later, Vinnie Hinostroza tied the game at three. His seventh of the season was unassisted and the Kings appeared to be in shock that the lifeless Blackhawks were actually pushing back.

Tanner Pearson hooked Connor Murphy at 17:25 and sweet potatoes and baby marshmallows the Blackhawks scored a second power play goal in one game (not month – game). Jonathan Toews missiled one home for his 17th of the season and a huge game-winner.

Patrick Kane scored into the empty net with three seconds left in the game to make the final score 5-3.

As the Kings battle for a playoff spot, this is an absolutely stunning punch to the gut for LA.

Toews had a three-point third period (one goal, two assists). The Captain also had a team-high four shots on net and won 10 of 22 faceoffs.

Toews played most of the day on the “nuclear line” option with Brandon Saad and Kane. Saad also put four shots on net and missed with three more. Kane had a three-point third period as well.

Duncan Keith had a terrible game with three giveaways, two of which turned immediately into Kings goals. He was minus-three.

Oesterle skated only 13:42 but led the Hawks with four blocked shots.