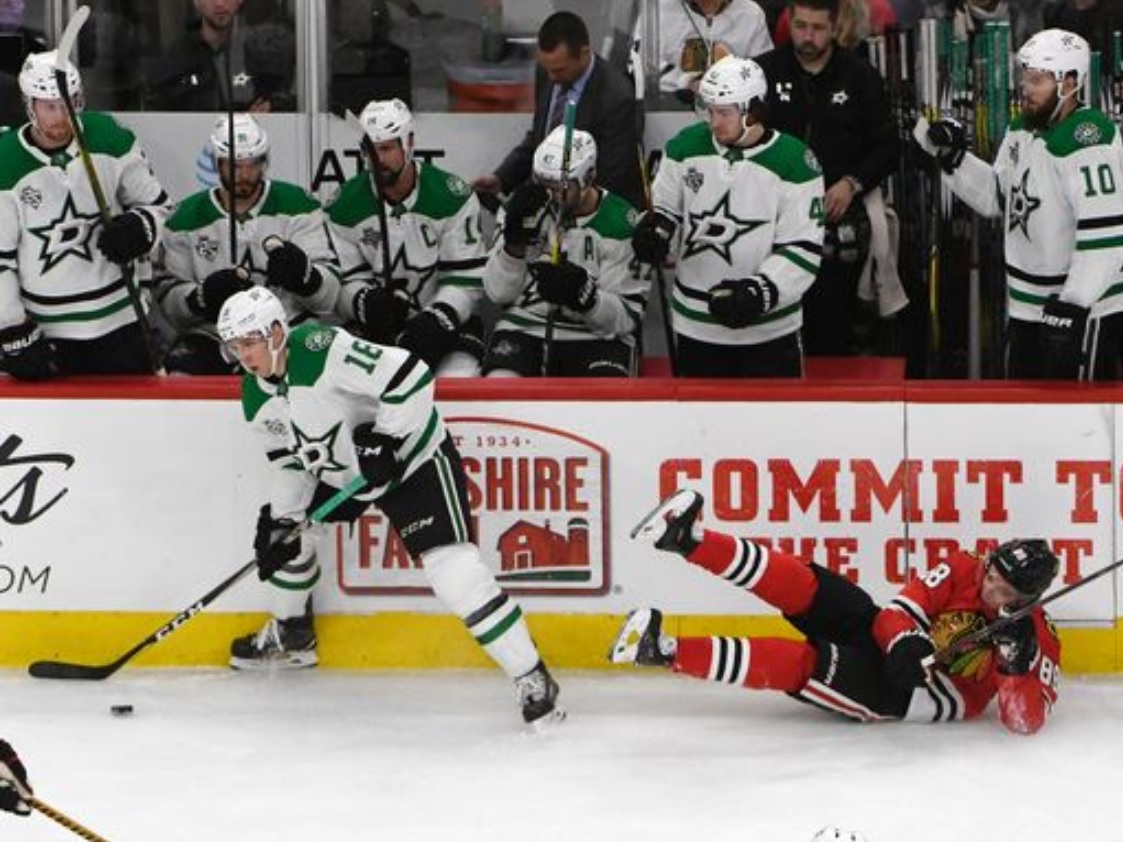 Good first period, ugly second, nothing in the third.

Chicago came out with some good energy and a lot of jump. Nine minutes into the game, Brent Seabrook found Jonathan Toews and the captain scored for the first time in what felt like forever to give the Hawks a 1-0 lead.

It’s worth repeating: Jonathan Toews scored a goal. It’s his 15th of the season, which still ranks third on the team.

The Blackhawks out-shot the Stars 17-9 in the second period.

Dallas took a 3-2 lead to the dressing rooms for the second intermission.

Tyler Seguin and this week’s one-that-got-away Stephen Johns scored 59 seconds apart to grab the momentum – and the lead.

Six minutes later, the Hawks had another advantage and… they scored a goal. Artem Anisimov parked himself in front of the net and a Seabrook shot that went wide found him on the spot.

The goal tied the game at two and is the 300th career regular season point of Anisimov’s career.

Unfortunately, that was the extent of the Hawks’ offense. And with 4.5 seconds left in the second period, Anton Forsberg allowed a soul-breaking ugly cannot-happen-in-a-million-years goal to Tyler Pitlick. The air was out of the United Center and the Blackhawks never recovered from the ugly goal.

The third period came and went without a damn thing from the Blackhawks. Seguin scored his second of the night into the empty net to put the final nail in the Hawks’ coffin, making the final score 4-2.

So, in review, the Blackhawks got:

And they still found a way to lose by two. At home. To a division rival.