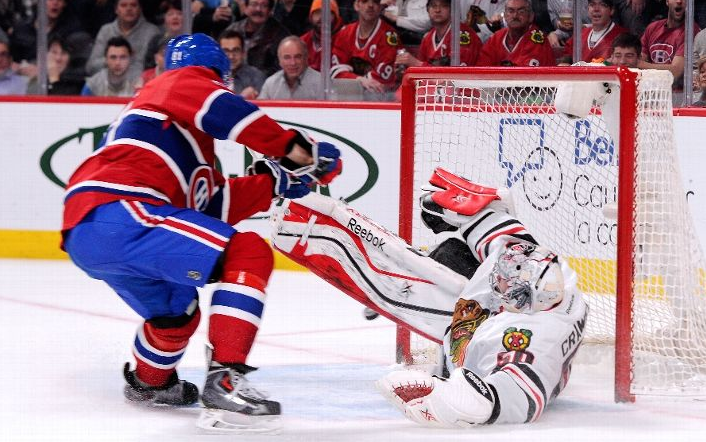 After another win on Sunday against the Blues, Corey Crawford continued a stretch of strong play since the Olympics. And yet, even in spite of his performance in the 2013 playoffs, some still question the Blackhawks netminder.

Since the Olympic break, Crawford has a 1.87 goals against average in 15 games, which ranks fourth among playoff-bound goaltenders (Ilya Bryzgalov – 1.70, Jonathan Quick – 1.72, Tuukka Rask – 1.82). Crawford’s .923 save percentage over the stretch is equal to that of Montreal’s Carey Price, who won’t be with the Habs at the United Center on Wednesday night.

Crawford has allowed more than two goals in only four of his 15 starts since teams returned to the ice, and has yet to allow more than three in a game since March 1.

Unfortunately, there are only three teams in the Western Conference that Crawford hasn’t defeated this year… and one is Colorado.

Injuries have put a lot of focus on the skaters in front of Crawford as the playoffs draw near, but his play in the first round will be the determining factor in the Hawks’ quest for a repeat.