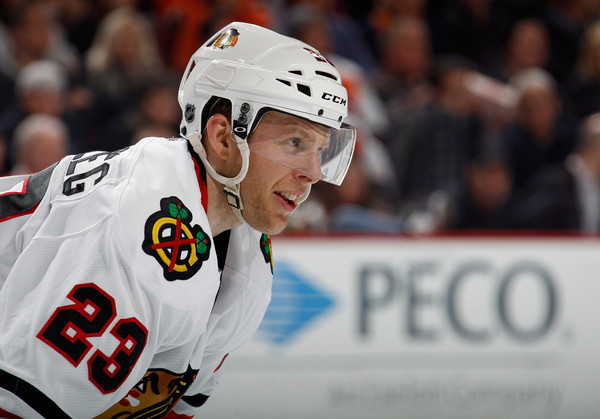 On Friday, the Blackhawks finally made a cost-cutting trade.

Massie, 18, was a sixth round pick by Carolina in this summer’s NHL Draft. He will play for Omaha in the USHL this season, and has committed to UMass-Amherst. A left-handed shot, he is listed at 6-2 and 180 pounds.

Robertson, 24, was originally a sixth round pick (173rd overall) in 2011 by the Toronto Maple Leafs. Also a left-handed shot, Robertson posted 17 points in 57 games with the Charlotte Checkers in the AHL last year.