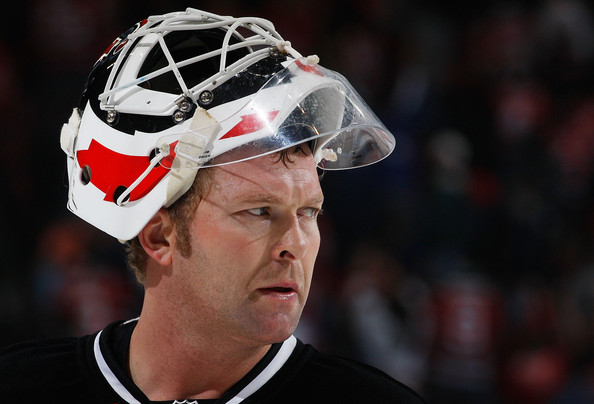 If the Chicago Blackhawks are struggling to find an identity, Wednesday night’s game should provide the perfect remedy.

The New Jersey Devils are… bad.

There’s really no other way to look at the team that spent most of the summer in the headlines after “signing” Ilya Kovalchuk to a contract the NHL denied certification. Since then, they’ve dealt with injuries all over a roster that has no salary cap flexibility, and it shows in their statistics.

The Devils are 3-9-1 and have scored more than one goal in only six of their 13 games, and have been 1-5-0 since winning in Montreal on Oct. 21, scoring seven goals in those six games. They have only scored three power play goals this year (total), and have allowed twice as many goals as they have scored.

Injuries have been a big contributor to the Devils’ demise. Anton Volchenkov has played in two games, Brian Rolston is still out with a sports hernia, Matthew Corrente has a broken hand and rookie center Jacob Josefson will now miss six weeks with a detached ligament in his right hand.

And then superstar Zach Parise went down in LA over the weekend, and the situation went from bad to critical for the Devils. Parise reportedly has been playing through a knee injury he suffered while training this summer, and will have exploratory arthroscopic knee surgery to determine the specific nature of the injury this week. UPDATE: Parise has a torn meniscus and will miss the next three months.

Oh, and Kovalchuk? He’s scored six points in 12 games and was a healthy scratch last week.

The Devils are coming to Chicago hurt and struggling.

On the other side, the Blackhawks may be getting closer to being at full strength for the first time this year. Ryan Potulny and Ben Smith were sent back to Rockford, and Marian Hossa returned to practice on Tuesday morning. Whether or not Hossa will be available for Wednesday night, well ahead of the “couple weeks” Joel Quenneville indicated he would miss just six days, hasn’t been determined yet. But him being on the ice for practice within hours of two prospects being sent back to Rockford is a welcome sight. UPDATE: Hossa will not play Wednesday, and is still targeting early next week for a return to game action. However, he indicated that his injury is progressing well.

Dave Bolland will still be out after being placed on IR, but an effort comparable to what the Hawks put forth on Monday night in New York should be enough for them to earn two points on Wednesday night. Of course Martin Brodeur can change any game, and the Hawks have to bring that intensity to the ice, but this game could be the perfect remedy for a Blackhawks team that’s still struggling to find an identity.

One thought on “Blackhawks-Devils Preview: The Remedy For A Struggling Team Comes to Chicago”