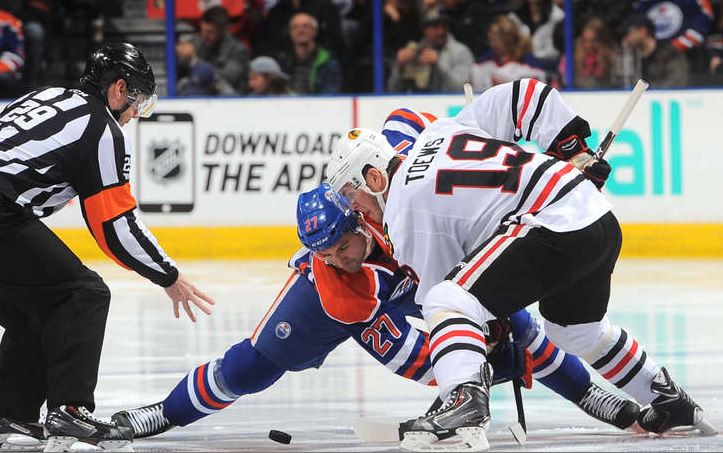 The start of the night wasn’t what the Blackhawks expected. Antti Raanta, who was supposed to start in net, was sick and couldn’t go; Corey Crawford was forced into action for a tenth consecutive game.

The end result of the night wasn’t what the Oilers had hoped for, as the Hawks demolished Edmonton on their home ice.

Jonathan Toews scored only 3:43 into the first period, giving the Blackhawks a 1-0 lead. Marcus Kruger scored the game-winning goal 55 seconds after Toews’ goal to extend the lead to two, and that Crawford would make enough on Saturday night.

Crawford may have only needed two goals to earn the victory, but that didn’t keep the Hawks from pouring it on over the game’s first 40 minutes.

A Brent Seabrook blast was tipped into the net by Toews, extending the lead to three later in the period. The goal was initially credited to Seabrook, but the assist gives Seabrook a point in five of his last six games.

In the second period, the Hawks continued burying their gracious hosts, scoring three more goals in the opening four minutes of play. Kris Versteeg scored a power play goal during a 5-on-3, and Marian Hossa added a goal 1:29 later on the second half of the power play to push the lead to five.

After Hossa’s goal, the Oilers (finally) made a change in net. Ben Scrivens was replaced by Viktor Fasth, who was greeted 65 seconds into his appearance with a goal off the stick of Duncan Keith. Scrivens’ final numbers for the night: five goals allowed, eight saves.

At the end of the first two period, Edmonton had 14 shots on net. The Blackhawks had six goals. The game was effectively over.

David Perron ended Crawford’s shutout 8:04 into the third, but Patrick Kane pushed the lead back to six less than three minutes later. Kane has now scored in four straight games.

In the third, the Hawks spread out the ice time keeping in mind that they play in Vancouver on Sunday evening. The line of Bryan Bickell, Daniel Carcillo and rookie Phillip Danault got power play time early in the final frame. When Andrew Ference went to the box in the game’s final four minutes, coach Joel Quenneville sent rookies Danault and Adam Clendening out to open a power play.

In his NHL debut, Danault won four of nine faceoffs and was credited with three hits in 10:56 of ice time.

Clendening recorded his second career assist in as many games as well. Only five Blackhawks finished the night without a point: Danault, Johnny Oduya, Niklas Hjalmarsson, Brad Richards and Michal Rozsival.

Crawford finished the game making 24 saves, 10 of which came in the third period. Fasth closed the game allowing only two goals against 17 shots for Edmonton.

Rookie forward Joakim Nordstrom led the team with seven hits in the game and picked up an assist. Oduya was credited with a team-high four blocked shots, and Toews won 13 of 20 faceoffs.

Chicago’s power play was successful on two of seven advantages, while the Hawks penalty kill was perfect in two short-handed situations.