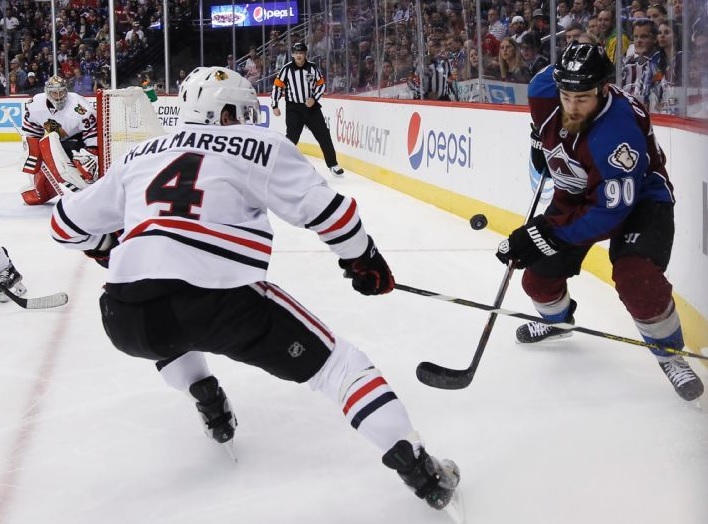 Two power play goals against sunk the Blackhawks, as the Avs were able to hold off the Hawks 3-2 in Denver. The Hawks scratched Jonathan Toews and Duncan Keith with their playoff position secured, and hung around until a (questionable) late penalty opened the door for the Avs to finish their season with a win.

Mike Paliotta made his NHL debut and picked up an assist in Patrick Sharp’s 16th goal of the season in the second period. Paliotta played 12:45 and was credited with two shots and two blocked shots in his first NHL game.

Brandon Saad picked up his 23rd goal of the season in the third period, and led the team with two takeaways.

Kyle Baun looked good again, getting 13:08 in his final game of the season. He was credited with one hit and two shots on net in the loss, but continues to look comfortable at the NHL level.

Bryan Bickell played another good game, picking up the primary assist on Sharp’s goal. He skated exactly 16 minutes in the game, and while he wasn’t credited with a hit he was more active again.

Andrew Shaw led the Hawks with five shots on net, while Brent Seabrook and Paliotta finished tied for the team lead with two blocked shots. Chicago was only credited with three hits as a team in the game.

Scott Darling made 21 saves in the loss.

The Blackhawks will start the playoffs later this week in Nashville.