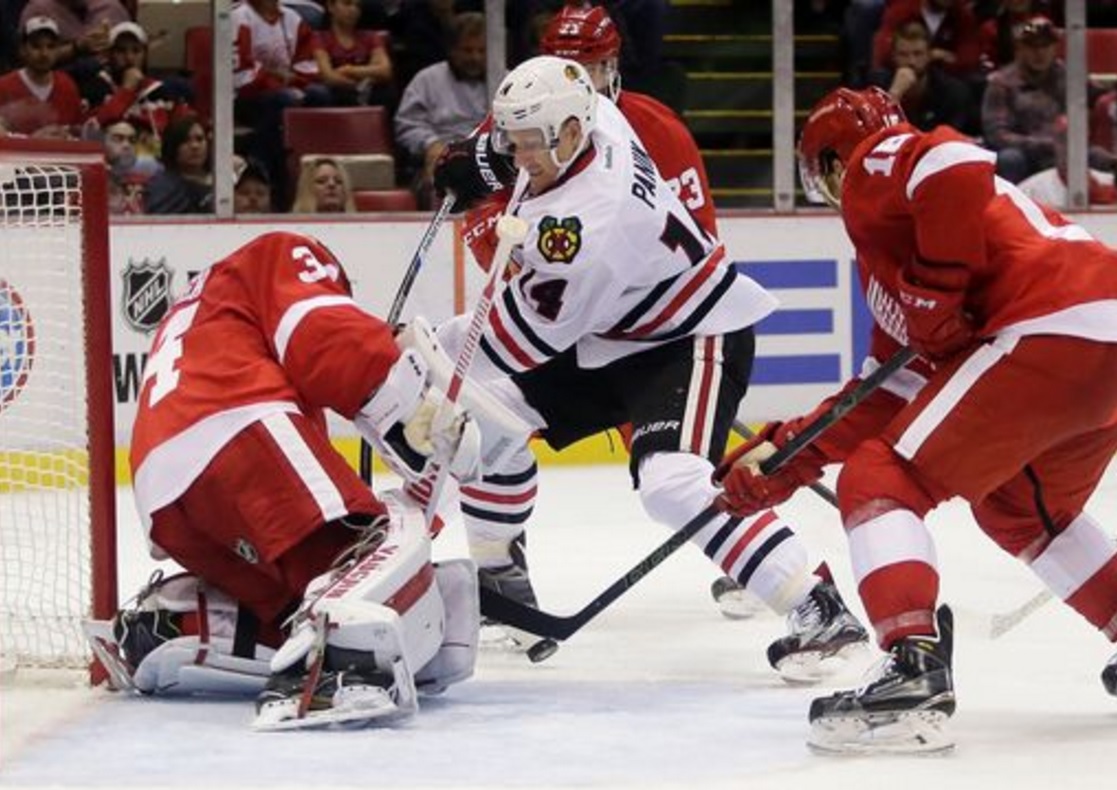 It was an ugly early evening affair for the Blackhawks on Sunday in Detroit.

Skating a roster of mostly guys who will be headed to Rockford soon (Monday?), the Hawks were chasing the entire night. Ivan Nalimov, who recently joined the team, got the call for the first half of the game and allowed three goals in the opening 10:48 of the game.

Luke Glendening opened the scoring at 59 seconds and Martin Frk added a second goal 58 seconds later. Danny DeKeyser added a third before 11 minutes had come off the clock, and the Hawks never recovered.

The second period was more of the same. Detroit out-shot Chicago 13-4 in the second and outscored them 2-1 in the period. Dennis Rasmussen cut the lead to 3-2 but goals from Dylan Larkin and Anthony Mantha extended the lead to 5-2 at the end of 40.

Brandon Mashinter scored 2:20 into the third but that was the end of the Chicago offense. As Lars Johansson, the Hawks’ second goaltender of the night, headed to the bench Andreas Athanasiou scored into an empty net to close the scoring at 17:27 into the third. The goal does count against Johansson; he hadn’t reached the bench yet.

On the blue line, a group of prospects left a lot ot be desired. Viktor Svedberg again looked lost at times and whiffed on a clearing attempt that led to Mantha’s second period power play goal.

Fortin had a good showing for Coach Joel Quenneville. He has played in all four of the Hawks’ preseason games to date and has been as impressive as he was at the summer prospect camp and again at Traverse City. GM Stan Bowman may have found a gem in the undrafted 19-year-old forward. He’ll head back to Rouyn-Noranda in the QMJHL at some point, but he’ll certainly be someone to keep track of this season.

The only players on the ice on Sunday night who should be headed to Chicago to open the season are Trevor van Riemsdyk and Richard Panik.

18 thoughts on “Blackhawks Dropped In Detroit”