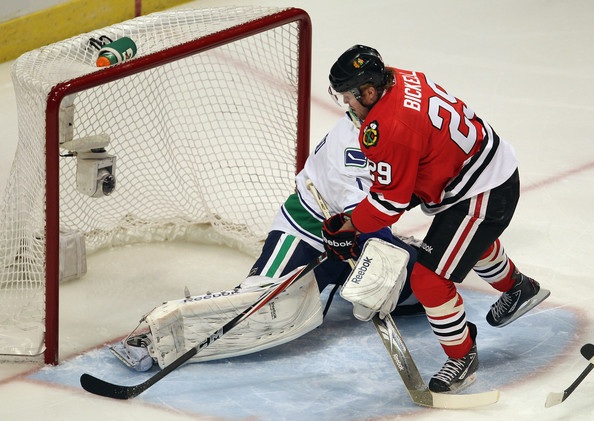 In Game Four, the Blackhawks hammered the Canucks to extend their season for at least one more game. On Thursday night, they will get that same chance one more time.

But can the Blackhawks avoid elimination again?

The formula should be the same tonight as it was when they saved their season at the United Center: by physical, attack the offensive zone, and initiate contact.

What’s interesting is that Vancouver has yet again started their annual sheltering of Roberto Luongo. He will not be available to the media between games after leaving Game Four early. He appeared to hurt something late in the first period and clearly wasn’t 100 percent from that point on.

There’s no questioning the Blackhawks ablity to beat the Canucks again, but watching this team all season raises questions about the team’s ability to be consistent with their game-to-game effort. Chicago will need to play the same game they did in Game Four three more times if they want a second round in this year’s playoffs.