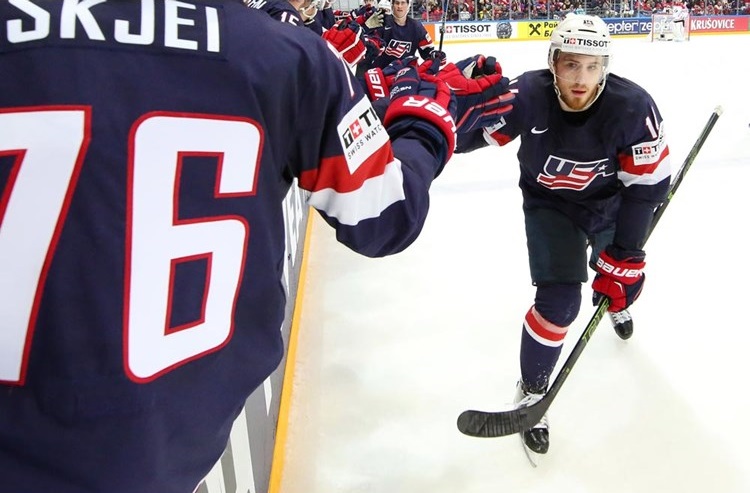 The Blackhawks were well represented as the 2016 World Championship came to a close on Sunday.

Artemi Panarin finished a stellar tournament with another strong performance in the bronze medal game against the United States. Panarin skated 14:14 and scored one goal with two assists as he led Russia to a 7-2 win to claim third place. Panarin finished the tournament second overall with 15 points (six goals, nine assists) in 10 games for Russia.

Tyler Motte picked up a goal in the United States’ quarterfinal loss to Canada, and skated 15:36 against Russia on Sunday. He finished the tournament with one goal and two assists in 10 games.

Vince Hinostroza did not skate in the bronze medal game but matched Motte’s stat line – one goal, two assists – in nine games representing the US.

Erik Gustafsson was on the ice for 5:41 in Sweden’s 6-0 loss to Canada in the quarterfinals. He was credited with 16 shots on net and two assists in eight games.

Defenseman Michal Kempny‘s tournament ended surprisingly when the Czech Republic was upset in the quarterfinals. He finished the tournament with two assists and 19 shots on net in eight games.