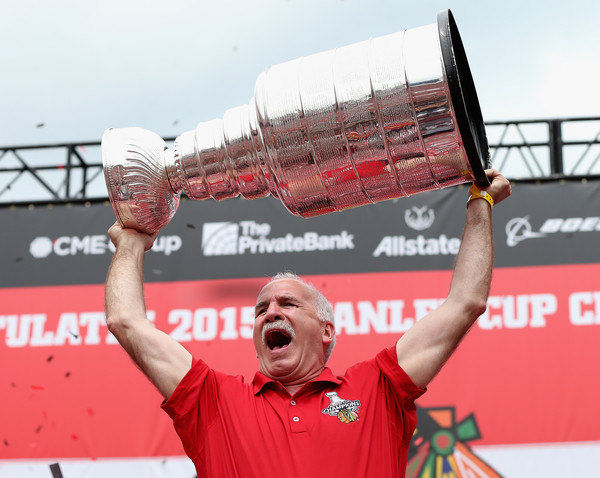 Jeremy Colliton has been named the 38th head coach in franchise history. Colliton, 33, was named the head coach of the IceHogs after the 2016-17 season. Duncan Keith is 18 months older than his new head coach.

The corresponding move in Rockford came later on Tuesday morning. The Blackhawks announced that Derek King will serve as interim head coach of the IceHogs. Assistant Coach Sheldon Brookbank will remain as assistant coach.

From the IceHogs release:

King, 51, was named assistant coach of the IceHogs on July 7, 2016 and is currently in his third season with the team. Prior to joining the Blackhawks organization, he worked as assistant and associate coach with the Toronto Marlies of the AHL from 2009-15. With the Marlies, he helped the team win one Western Conference Championship (2012) and three North Division Championships (2012, 2013, 2014).