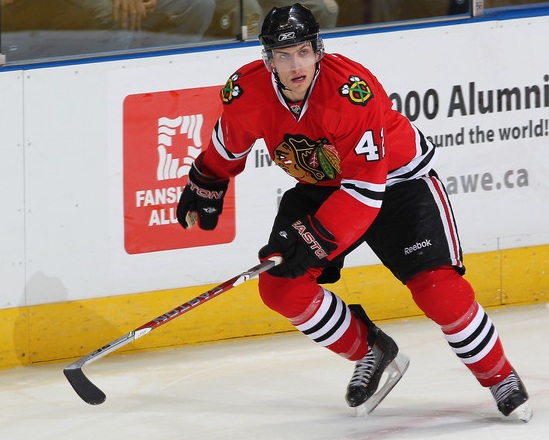 In the wake of the Brian Campbell trade, the Blackhawks have two perceptions to deal with: a lot of money to spend, and needs on the blue line.

How will they address the roster holes on the back end with the new-found cap flexibility? Let’s discuss the Blackhawks roster issues on defense heading into the 2011-12 season.

Obviously with Campbell gone, the Hawks have one major hole to fill. Not only did Campbell lead the Blackhawks with a plus-28 rating, but he was called for only six total penalty minutes while skating 22:59 per night. He averaged 2:02 per night on the power play for Chicago, and 1:44 per game while the Hawks were short-handed.  Despite missing a full month, he still ranked fourth on the team with 101 blocked shots as well.

With Duncan Keith, Niklas Hjalmarsson, Chris Campoli and Nick Leddy coming back next year, the Hawks likely have their eyes on adding bulk to their blue line. Considering the loss of Troy Brouwer up front, Brent Seabrook is now the only physical force on the Blackhawks’ roster.

There’s a tough decision to be made looking at this summer for Stan Bowman when considering a move on the back end: chase a physical defenseman, or be patient.

This year’s free agent class does have a few intriguing names. Certainly former-Blackhawks d-man James Wisniewski would provide a physical element, and Tomas Kaberle would also be a veteran worth considering if the price was right.

But each of these guys is going to be in high demand, with Wisniewski probably being the big-time winner in this summer’s free agent class. Each could be looking for, and receive, a four or five-year deal, and expectations are that Wisniewski could end up north of $4M per season; with Kevin Bieksa signing for five years at $4.6M per, Wisniewski could stand to make close to $5M per.

The Blackhawks dilemma is simple: do you sign up a decent player for more years and money than they’re worth, or wait for one of the kids in the system to be ready?

As we discussed in our reflections on Brian Campbell’s three years in Chicago, he was brought in because the Hawks had a lack of organizational depth and were desperate to earn the attention of agents and players around the league. Neither of those scenarios is true today. Thanks to Dale Tallon and Stan Bowman, the Hawks are now just 12 months removed from a Cup victory and have a system stocked with talented youngsters.

Just this past season, we saw the danger of signing veterans to fill a roster. Was Leddy ready for Opening Night? No. But was he ready for the NHL when he got called back up? Absolutely. But the Hawks had Nick Boynton, John Scott and Jordan Hendry under contract in front of him, and it took Hendry’s injury for Leddy to get back to Chicago permanently. The Blackhawks have a couple of big, physical defenseman coming up in the system. Ryan Stanton is probably the most NHL-ready, but Dylan Olsen and Stephen Johns are going to be outstanding NHL defensemen in the not-too-distant future. The multi-million dollar question Bowman needs to answer before July 1 is whether or not he’s confident handing a roster spot to Stanton or Shawn Lalonde this year, or if he would prefer a veteran insurance policy.

Odds are that Stanton and Lalonde will both get a long look in training camp. But there’s a good chance the Hawks will look for a short-term deal with a veteran looking for one more shot at a Cup. Here are two candidates for that sixth spot on the roster. “JovoCop,” 35, blocked 91 shots and was credited with 87 hits last year in just 50 games. This would be similar to John Madden taking a substantial pay cut to come to Chicago on a one-year rental deal with hopes of lifting the Cup, but Jovanovski might be the physical force on the blue line that makes the most sense.  The biggest concern with Jovanovski is his health, but if the Hawks aren’t necessarily looking for a veteran to play 82 games, why is that a deal-breaker? Blackhawks fans know Sopel well, and the fact that his family still lives in Hinsdale might make him coming back a lay-up. He blocked 152 shots in 71 games between Atlanta and Montreal last year, and is at a place in his career that an evolving role as a 6/7 defenseman might not be a crazy idea.

The Blackhawks will bring five of their top-six defensemen back from last year. How coach Joel Quenneville arranges the pairs could be as interesting as who the final piece(s) of the puzzle are, too.

Frankly, Olsen isn’t that far away. The Blackhawks have pieces coming on the blue line to keep their defensive group good for the next decade.

My money would be on Sopel getting a one-year deal and either Stanton or Lalonde making the NHL roster. Jovanovski would be perfect, but will probably get more money/years somewhere else this summer.