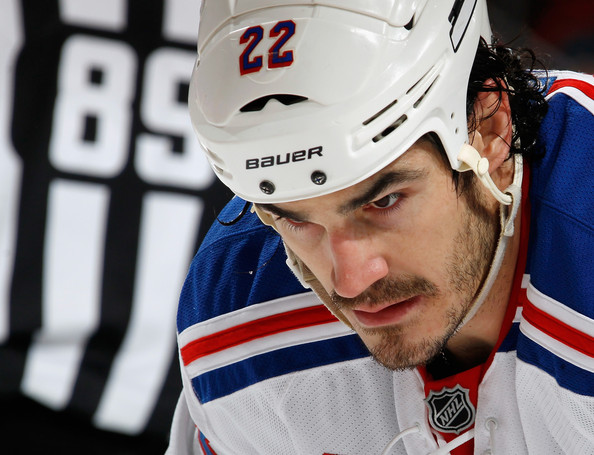 As the Blackhawks prepare for free agency, obviously the first order of business is getting Jonathan Toews and Patrick Kane locked-up long term. After the two faces of the franchise, the team will start looking to the future, and there may be a few tough decisions coming.

How the Blackhawks move into the draft, free agency and the summer trade season will all be tied back to keeping Toews and Kane in the Indian head sweater for a long, long time. Thankfully, there are a few options this summer that might help the team and bridge the gap between where the Hawks are today, and when they might have a few top prospects ready to help at the NHL level. Boyle’s size is undoubtedly the first thing that jumps off the page when considering him as a free agent target for the Hawks. Listed at 6-7 and 244 pounds, he’s a physical player who piled up 154 hits last season. While he plays with an edge, he doesn’t see the penalty box very often; he had only 56 penalty minutes during the 2013-14 regular season.

There has to be more than size to the fit between Boyle and the Hawks, though.

Boyle fits many of the characteristics that the Hawks might be looking for this summer. He blocked 54 shots and was credited with 20 takeaways during the regular season while winning 53.6 percent of his 5-on-5 faceoffs this year.

But he skated only 12:45 per game, of which 2:04 came short-handed. He would most likely fit as a fourth line center on the Blackhawks roster, which forces us to compare him to the incumbent in that position, Marcus Kruger.

Let’s look at a few 5-on-5 regular season stats to make that comparison.

As you can see, there are some similarities in the deeper numbers between Boyle and Kruger, and many of them (especially shot share and Fenwick share) favor Boyle.

There are a couple other numbers that are important, however.

That six year age difference might be a big deal. But there’s another scenario that we have to keep in mind when considering Kruger’s future with the organization.

Kruger will be a restricted free agent in 2015.

So will Joakim Nordstrom.

So will Brandon Saad.

These three players will be in focus for the organization in the coming days because their next contracts – and likely significant pay increases for Kruger and Saad – will kick-in at the same time that Toews and Kane’s next deals begin.

If the Hawks look to be active in the trade market, adding a veteran like Boyle on a shorter (two or three) year deal might buy the team flexibility to consider Kruger as part of a package in a trade for another piece. And adding a bigger, more physical player – and cost-controlled – player in Boyle might be attractive to the Hawks moving forward.