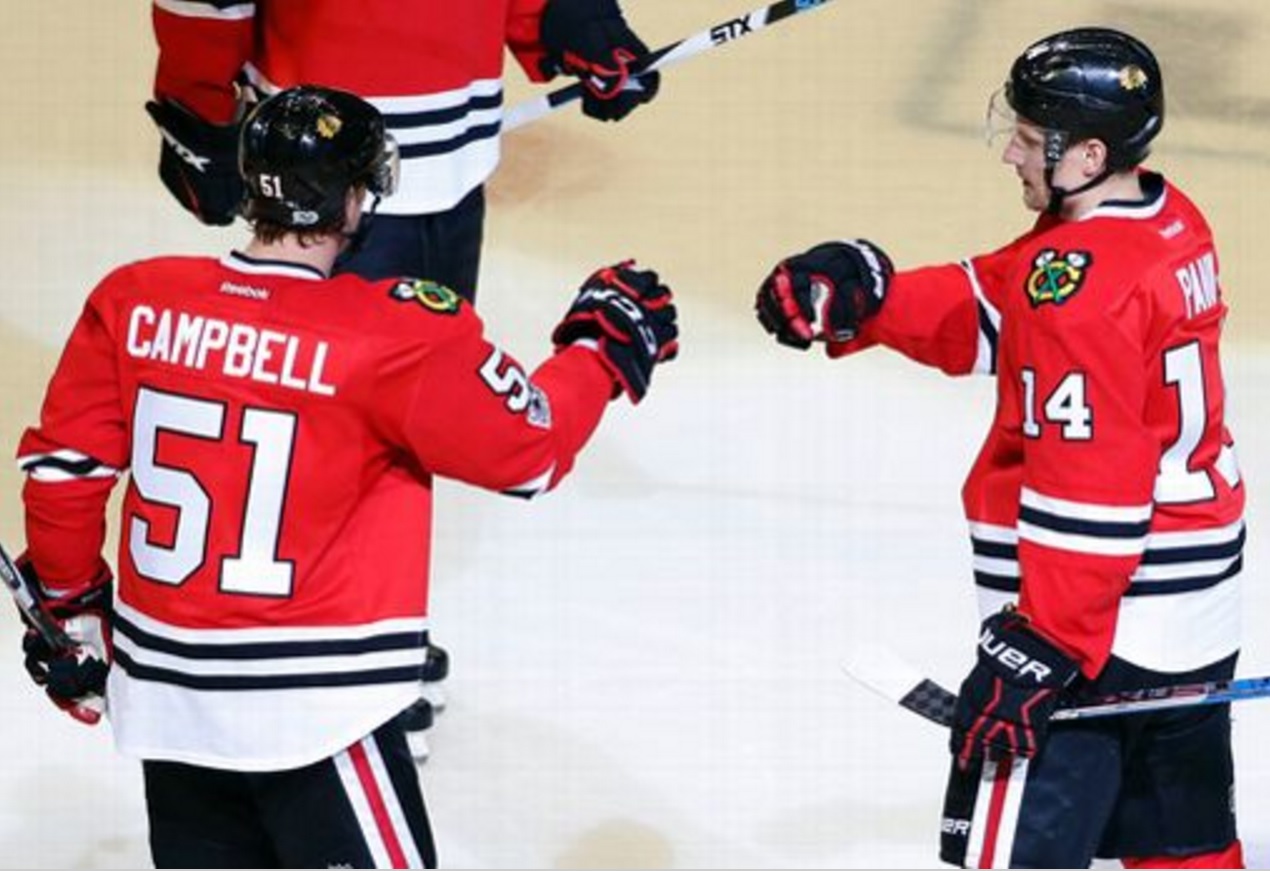 A couple times in March, before the postseason began, we looked ahead to the Blackhawks needs and obligations for the 2017-18 season. There have been a few changes – most significantly a first round exit from the playoffs – so let’s revisit the subject.

Tanner Kero signed a two-year extension in March that keeps him at a $750,000 cap hit through the 2018-19 season. Chicago also re-signed veterans Michal Rozsival ($650k) and Jordin Tootoo ($700k) to one-year deals for next season, giving the Hawks a couple options for the expansion draft.

Scott Darling is not; the Blackhawks traded him to Carolina for a third round pick. Darling subsequently signed a four-year, $16.6M deal with the Canes, and we wish him the absolute best in Carolina. Those are players who will need a decision to be made soon. Chicago also retains the rights to one remaining college senior, Boston College’s Chris Calnan. The Blackhawks own 10 picks in the 2017 NHL Draft as well. They own the following picks: