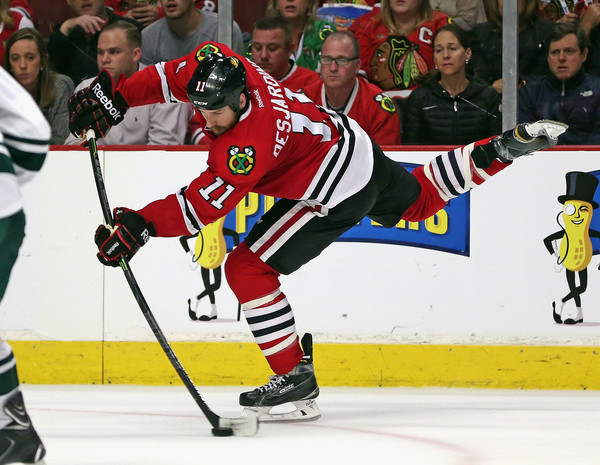 On Tuesday, the Blackhawks shared good news on a couple injured players.

Defenseman Gustav Forsling will return to the lineup against Calgary on Tuesday night at the United Center. The Hawks will be facing the Flames for the second time in nine days – and Forsling was injured in the last game between the two teams. Forsling skated only eight shifts against the Flames on Oct. 24, a 3-2 shootout loss for the Blackhawks.

Michal Kempny will reportedly sit on Tuesday. Michal Rozsival will stay in the lineup for the fourth consecutive game.

Another injured player returning soon is forward Andrew Desjardins, who could make his 2016-17 season debut on Sunday when the Blackhawks host the banged-up Dallas Stars.

Here are the lines from Tuesday morning’s skate:

17 thoughts on “Blackhawks Getting Healthy”