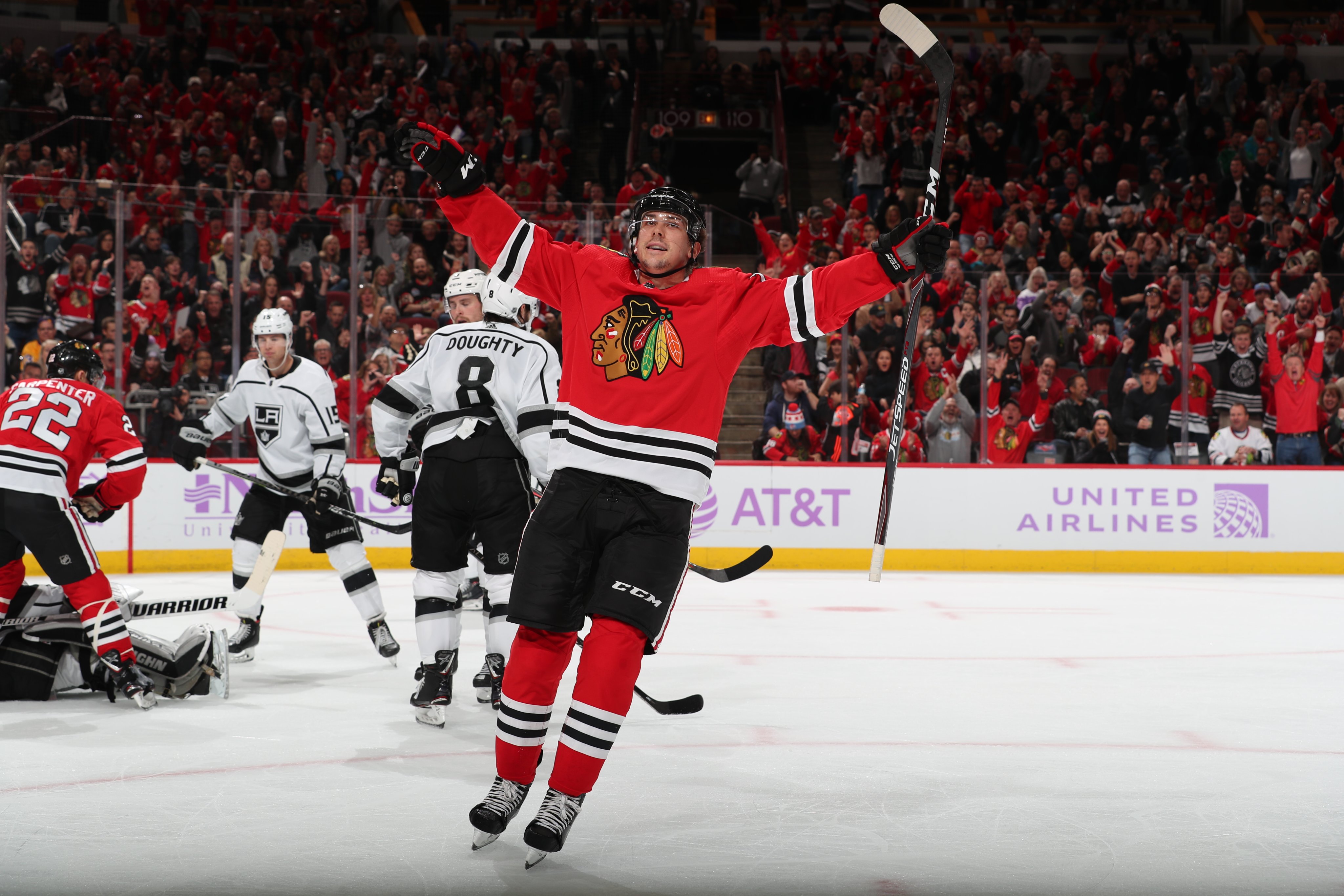 Who could have imagined rolling out a couple guys who saw a lot of success together last year would pay immediate dividends?

Head coach Jeremy Colliton put Alex DeBrincat and Dylan Strome back together on Sunday night when the Los Angeles Kings visited the United Center. The two close friends were tremendous together after Strome was acquired from Arizona in a mid-season trade last year, but Strome has been searching for his offense early this season.

It took less than three minutes for the two to hook up on a scoring chance.

That goal, Strome’s second of the season at 2:33 into the first period, came off assists from DeBrincat and Slater Koekkoek.

Chicago had a 12-11 shot advantage and lead 1-0 after 20 minutes of play. The Hawks killed their only penalty in the first period but failed on both power plays.

The Kings out-shot the Hawks 12-8 in the second period. Chicago out-scored LA 3-0 in the period.

Alex Nylander made a nice play in front of the net and David Kampf benefited, tapping home Chicago’s second goal of the night.

Almost 16 minutes into the second DeBrincat set up Strome again.

Strome is a good friend and didn’t want DeBrincat to pile up only assists in the game. So he hooked his friend up for a goal of his own a little more than three minutes later.

Chicago took a 4-0 lead to the third period, a welcome feeling after getting their lunch handed to them on Saturday afternoon. The last couple weeks have been ugly for the Hawks so a thumping of a one-time rival atop the Western Conference was just what the doctor ordered.

The Kings spoiled the shutout bid of Robin Lehner when Sean Walker scored his third of the season early in the third period. But Drake Cagguila closed the books for the night with his third of the year later in the final frame.

Brent Seabrook was a healthy scratch for the second time in his career on Sunday night. Dennis Gilbert skated in his place. Gilbert blocked two shots and was credited with a team-leading eight hits in 16:47 on the ice.

Brandon Saad skated 18:02 and was the only Blackhawks forward without a shot on net. Patrick Kane led Chicago with five shots on net and was credited with one assist. Nylander put four on net and also picked up an assist.

Calvin de Haan (20:57) and Duncan Keith (24:13) were the only defensemen over 20 minutes in the game. de Haan had another strong performance. He was credited with six hits and two blocked shots.