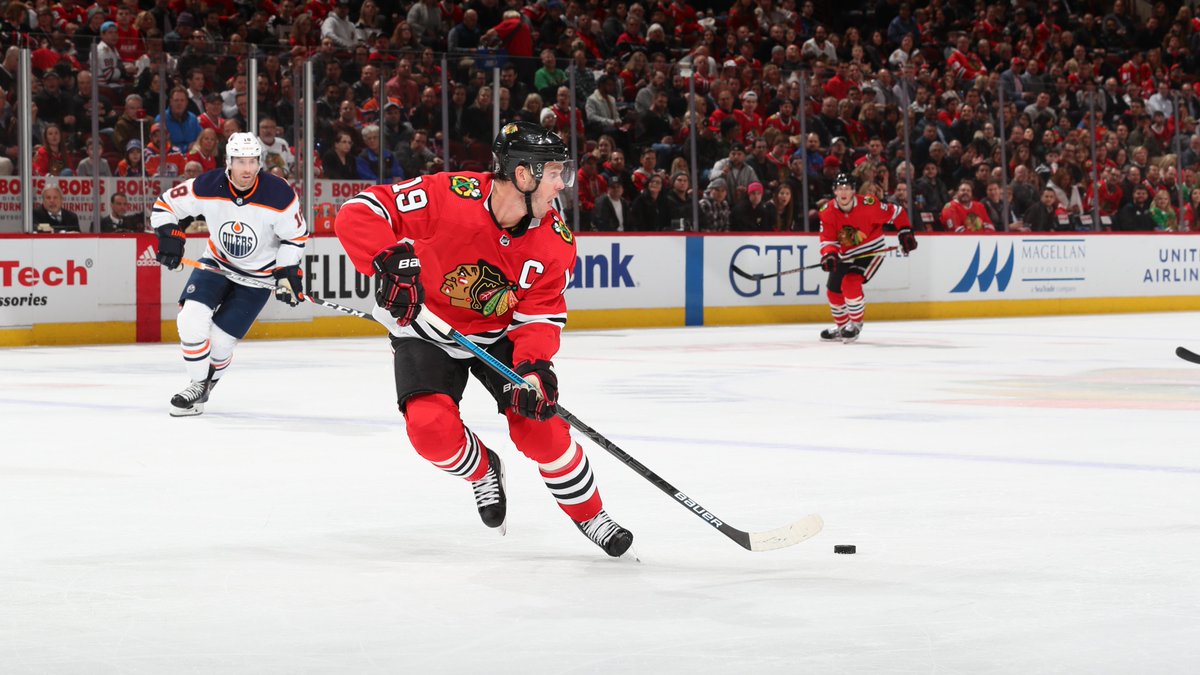 The Blackhawks know what they need to do if the playoffs are even a pipe dream. Regulation wins every night is the need, and Chicago had a tough test against the exciting Edmonton Oilers on Thursday night.

The Hawks came out and looked like a team that wanted it in the first period. Chicago out-shot the visitors 11-8 in the opening 20 minutes. Patrick Kane got the Hawks on the board at 14:34 into the first with his 30th of the season.

Four minutes later, Alex DeBrincat scored his first of the night. Drake Cagguila was parked in front of the net providing a great screen and DeBrincat unloaded a pure shot.

Ryan Nugent-Hopkins scored Edmonton’s first goal of the night 60 seconds after DeBrincat’s goal, but the Hawks weren’t going to give the Oilers anything else the rest of the period. With seven minutes left in the second, DeBrincat ended Mike Smith’s night between the pipes.

Smith left having allowed four goals against 21 shots in 32:49. Mikko Koskinen replaced him for the rest of the night.

When the dust settled after 40 minutes of play, the Blackhawks had a 4-1 lead. Chicago out-shot Edmonton 14-4 in a penalty-free second period. The Blackhawks looked like a team on a mission for 20 minutes.

But you knew the Oilers were going to push back. Edmonton came into the game two points behind Vegas for the top spot in the Pacific Division and needed a win. Their third period push was coming. How would the Hawks respond?

Josh Archibald scored eight minutes into the third to cut the Hawks’ lead to two. Kailer Yamamoto scored 49 seconds later and suddenly the Hawks’ three-goal lead was down to one with more than 11 minutes remaining.

The Oilers kept the momentum but the Hawks held on for dear life. Corey Crawford kept making big saves down the stretch and Chicago was able to escape with a 4-3 victory.

Edmonton out-shot the Hawks 12-6 in the third period. Crawford made 21 saves against 24 shots in the game to earn the victory.

Adam Boqvist skated 14:38 and picked up two assists in the game. He was also credited with one blocked shot and two hits in the game.

Lucas Carlsson left the game after getting hit in the face with a shot. After the game, Jeremy Colliton indicated he was still under evaluation and they weren’t sure if he would be available of the game in Detroit.

DeBrincat led the Hawks with six shots on net and two goals in 14:07. He looked like the sniper from last year for the first time in a while, which is a beautiful thing.

David Kampf was minus-two in the game in 12:24 but he won seven of nine faceoffs and was credited with three hits.

Kirby Dach picked up an assist and won three of seven at the dot.