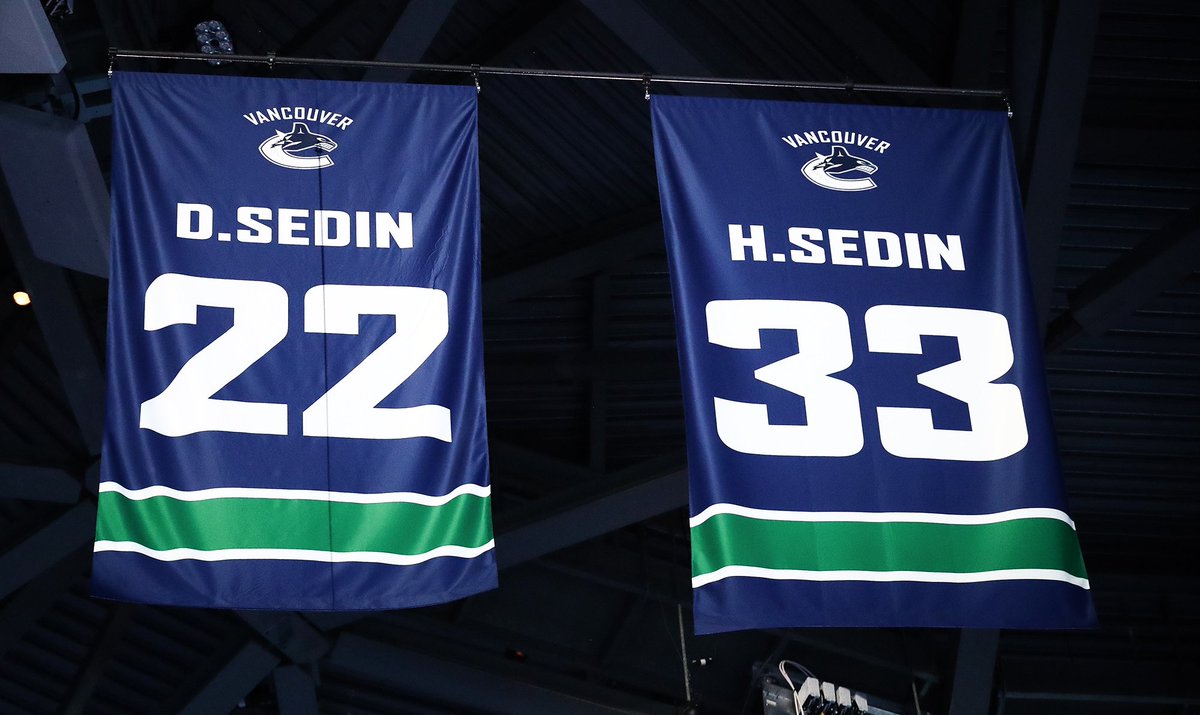 For an hour before the Blackhawks played the Canucks, Vancouver celebrated the careers of Daniel and Henrik Sedin. The two future Hall of Famers put together incredible careers in Vancouver, and they wouldn’t have been together from the start of their career if not for… the Chicago Blackhawks.

The big story heading into the 1999 NHL Draft was two twin brothers from Sweden named Daniel and Henrik Sedin. There were a number of good prospects that year, but the intrigue was that the Sedins wanted to play together. Most analysts were convinced that both Sedins would come off the board in the top four picks.

Chicago was coming off a 70-point season that left them tenth in the Western Conference. However, Blackhawks GM Bob Murray successfully moved up to the fourth overall pick in the NHL Draft Lottery.

Brian Burke was the general manager in Vancouver at the time and wanted both Sedins. It took some convincing, but Burke was able to talk Murray out of the fourth overall pick in a deal that sent defenseman Bryan McCabe and a first round pick to Chicago.

Burke had to make a couple more trades, one with Tampa and another with Atlanta, to wind up with the second and third overall selections in the 1999 NHL Draft. Atlanta selected Patrik Stefan with the top pick. Burke then selected Daniel second and Henrik third overall.

The Blackhawks ended up with Steve McCarthy with the 23rd overall pick in that year’s first round.

Fast forward 16 months to the start of the 2000-01 season. Chicago shipped McCabe to the Maple Leafs for Alexander Karpovtsev.

Karpovtsev, of course, is most remembered for being on the receiving end of Pat Foley’s infamous rant when Chicago dealt him to the Islanders. That rant took place on March 4, 2005. The Blackhawks received a fourth round pick in the 2005 NHL Draft from the Islanders for Karpovtsev, an overpay in Foley’s estimation.

That fourth round pick wound up being the 108th overall selection in the 2005 NHL Draft. The Blackhawks selected defenseman Niklas Hjalmarsson.