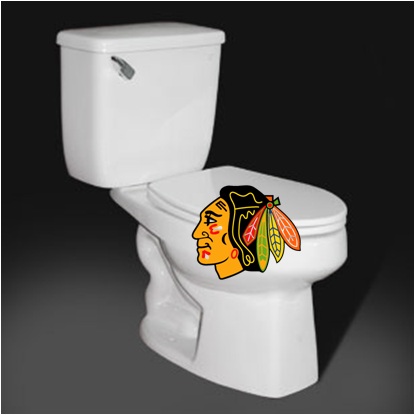 Where do we begin with this game?

How about the defense.

Duncan Keith was on the ice for all seven Avalanche goals, and Brent Seabrook was with him for the first six. Both were minus-four on the night.

How about the forwards.

Patrick Sharp and Tomas Kopecky were both minus-three. Ryan Potulny, just called up from Rockford, won only three of 10 faceoffs.

How about the goalies.

Marty Turco didn’t get much help, but he was bad enough that coach Joel Quenneville pulled him less than one minute into the second period with the Blackhawks trailing by just one goal (4-3). Turco allowed four goals on 10 shots.

Corey Crawford came in and kept the Hawks on the ice for 18 minutes. He was outstanding. Until the final three minutes. He allowed a tough goal by Tomas Fleischmann, but the game was still tied… for 60 seconds. Exactly one minute after Fleischmann scored the tying goal, Matt Duchene scored the go-ahead goal.

Once the Avs added an empty net goal to make the final 7-5, one can only imagine the carnage on the plane ride back to Chicago. Seabrook played one of, if not the worst game of his career, Keith didn’t do much to help, and none of the big guns showed up big for the scoring party.

The Hawks put up five goals and who were they from? Jeremy Morin, Bryan Bickell, Jack Skille and Troy Brouwer (two). Jonathan Toews had an average night with two assists, but was minus-two. In fact, it was the guys that are normally on the bottom lines – Brouwer, Bickell, Skille, Jake Dowell – that carried the flow of the game.

This game was an absolute disaster from start to finish.

But the great part of sports is chances for redemption.

Wednesday night. At the United Center. Colorado at Chicago. That’s when we’ll see what this team is made of.

One thought on “Blackhawks Implode in Denver”