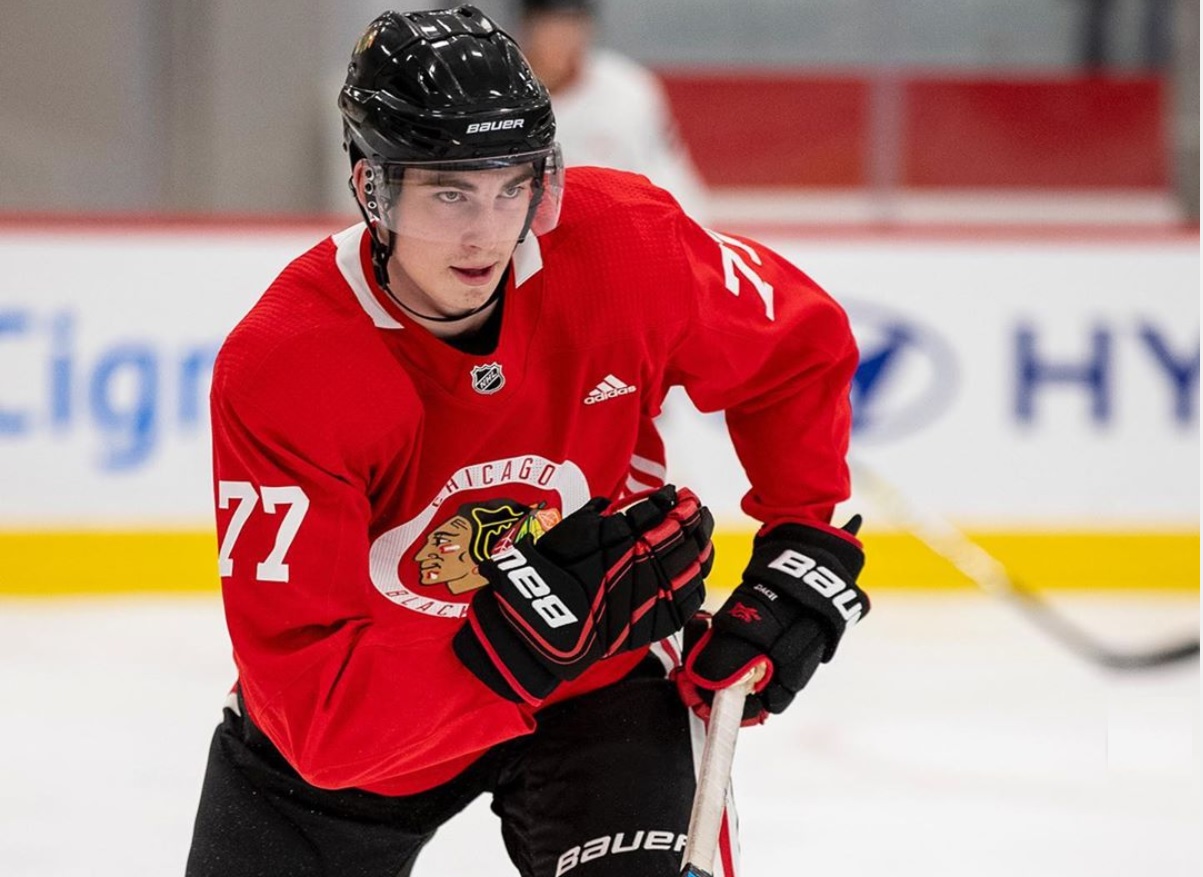 After two non-playoff finishes the Blackhawks have taken advantage of higher draft choices – and, apparently, selected wisely. Their prospect pool has quickly climbed the rankings by analysts of the league, and could have an impact on the NHL roster as soon as this coming season.

The addition of Kirby Dach made a serious impact on the climb, but two additions via trade did as well. Alex Nylander, acquired from Buffalo in a trade for Henri Jokiharju, has been mentioned frequently as another potential buy-low player in the mold of Dylan Strome. And Aleksi Saarela, acquired from Carolina with Calvin deHaan, has also been a player with high offensive upside.

At The Athletic, Corey Pronman had the Blackhawks up to 10th overall this year.

He offered this analysis:

“Chicago has been rebuilding on the fly, getting a fortunate third-overall pick in 2019 that led to Kirby Dach. Its farm is one of the deepest in the NHL. At the top there is some really high-end skill coming in Dach, Adam Boqvist and Alexander Nylander. All three players inspire debates among scouts as to what they will ultimately become, but there is no denying there is game-breaking talent in the pipeline.”

At The Sporting News, Steve Kournianos had the Hawks climb from the 23rd-ranked organization last summer to 15th this year.

He offered the following analysis:

“One of the bigger movers from last year’s list, the Blackhawks had luck on their side when they won the third pick in the draft lottery following a season in which they improved in the standings and nearly snuck into the playoffs. The reward turned out to be big-bodied center Kirby Dach, who can be a heck of a set-up man and groomed to one day replace captain Jonathan Toews. If Dach can make the team out of camp, he’s versatile enough to play wing and contribute to the power play. The decision to take Dach over defenseman Bowen Byram was a bit of a surprise, but not as much as the post-draft trade of 2017 first-rounder Henri Jokiharju to Buffalo for finesse winger Alex Nylander, a former first-round selection himself. Although a right-shot defenseman like Jokiharju likely was expendable after promising seasons from both Adam Boqvist and Ian Mitchell, he had an outstanding start to his rookie NHL season. Nylander, on the other hand, has game-breaking potential but his time as Sabres property was nothing short of underwhelming. A new start with Chicago could revive his offensive flair.”

Kournianos’ top ten prospects in the Blackhawks organization are: