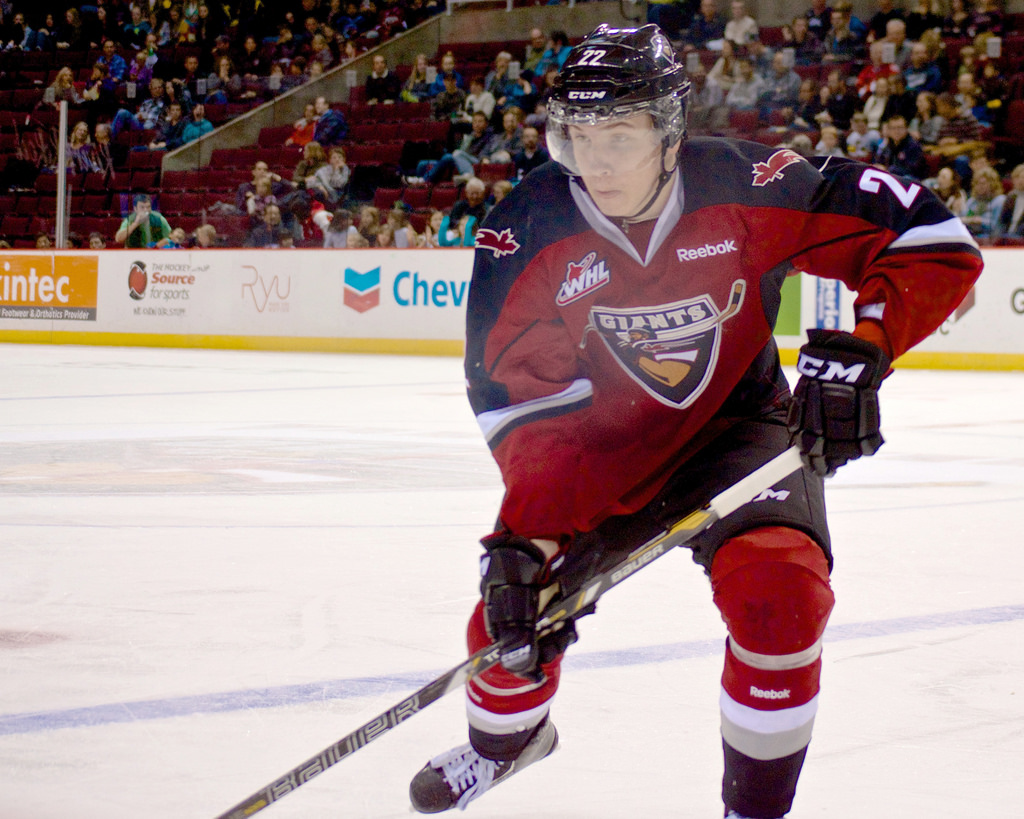 According to a number of reports, defenseman Dmitry Osipov is expected to attend the Blackhawks training camp as a free agent.

Osipov, who turns 20 on Oct. 4, is an intriguing player. A right-handed shot from Moscow, Osipov has not been drafted and is expected to enter his third season with the Vancouver Giants of the WHL – unless he signs a professional contract. He is listed at 6-4 and 207 pounds.

He posted two goals and 10 assists with a team-high 102 penalty minutes in 72 games last season with Vancouver, playing on the same roster as Blackhawks prospect Radovan Bondra. Bondra, a fifth round pick in 2015, had a good prospect camp this summer.

The Blackhawks have plenty of defensemen for both the NHL and AHL rosters, but Osipov is a player they’ll easily be able to keep tabs on if he’s back with Bondra in Vancouver this season.