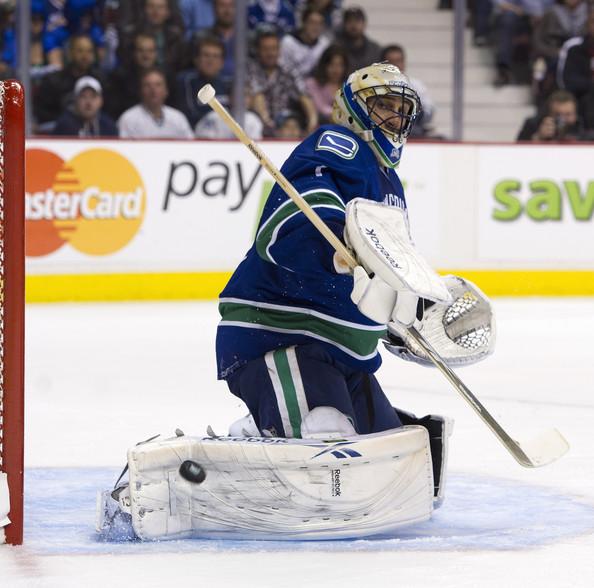 Roberto Luongo had a wonderful night in Game One of the Western Conference playoffs against the Blackhawks, shutting out the defending champions. But there were opportunities to score on him that the Hawks didn’t take advantage of – sometimes because of Luongo friendly post(s) – that could be a key to winning Game Two, and the series.

Watch these saves from Wednesday night:

What do these four shots have in common?

The Blackhawks best scoring chances from last night – the ones that usually hit iron and sounded like Tiger Woods on a driving range through the television – were elevated pucks. Luongo was, as he has all year, staying back in the crease and getting low early in the rush.

There were some wonderful scoring chances that the Blackhawks failed to capitalize on, but they could have better success if their shots were above 20 inches off the ice on Friday night.

One thought on “Blackhawks Key For Game Two: Elevate the Puck”