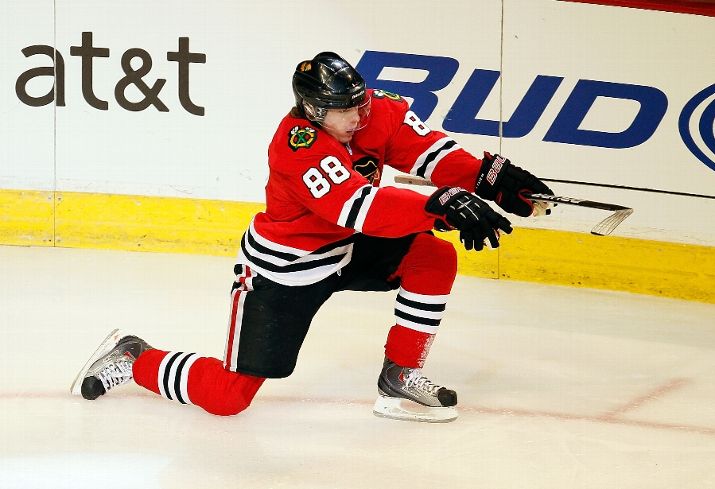 After failing to register a single shot on goal in Game Two of the Stanley Cup Final, it appears Patrick Kane will open Game Three with new linemates.

Kane had spent most of the first two games of the series with Jonathan Toews and Brandon Saad, but coach Joel Quenneville indicated Sunday that he’ll use his home ice advantage to find more favorable matchups for the Hawks’ leading postseason scorer.

Marian Hossa figures to bump back up to the line with Toews and Saad, while Kane appears headed to the second line with center Brad Richards. Who skates on the opposite wing from Kane may be up in their, however; Bryan Bickell may be ready to return to action Monday night at the United Center.

Trevor van Riemsdyk may also draw in on the blue line, making his NHL playoff debut in place of either Kyle Cumiskey or David Rundblad.