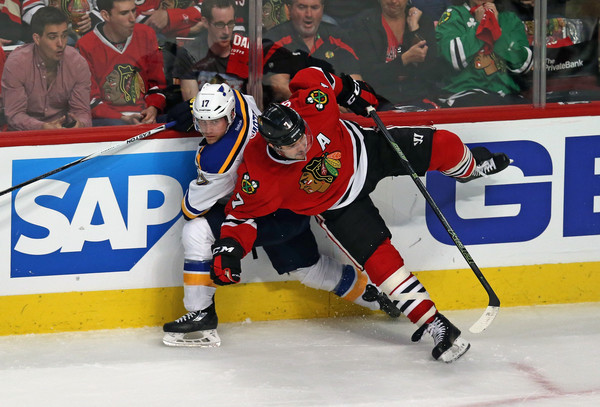 At the morning skate, the Blackhawks worked out the following lines:

There were a handful of NHL regulars on the early roster for the third preseason game at the United Center. Here are the defensemen listed for Saturday night:

Scott Darling is expected to play the entire game, with Mac Carruth backing him up. On Friday night, the Blackhawks released goaltender Jake Hildebrand from his tryout; he will report to Rockford. Ivan Nalimov has reported to camp from the KHL as well.