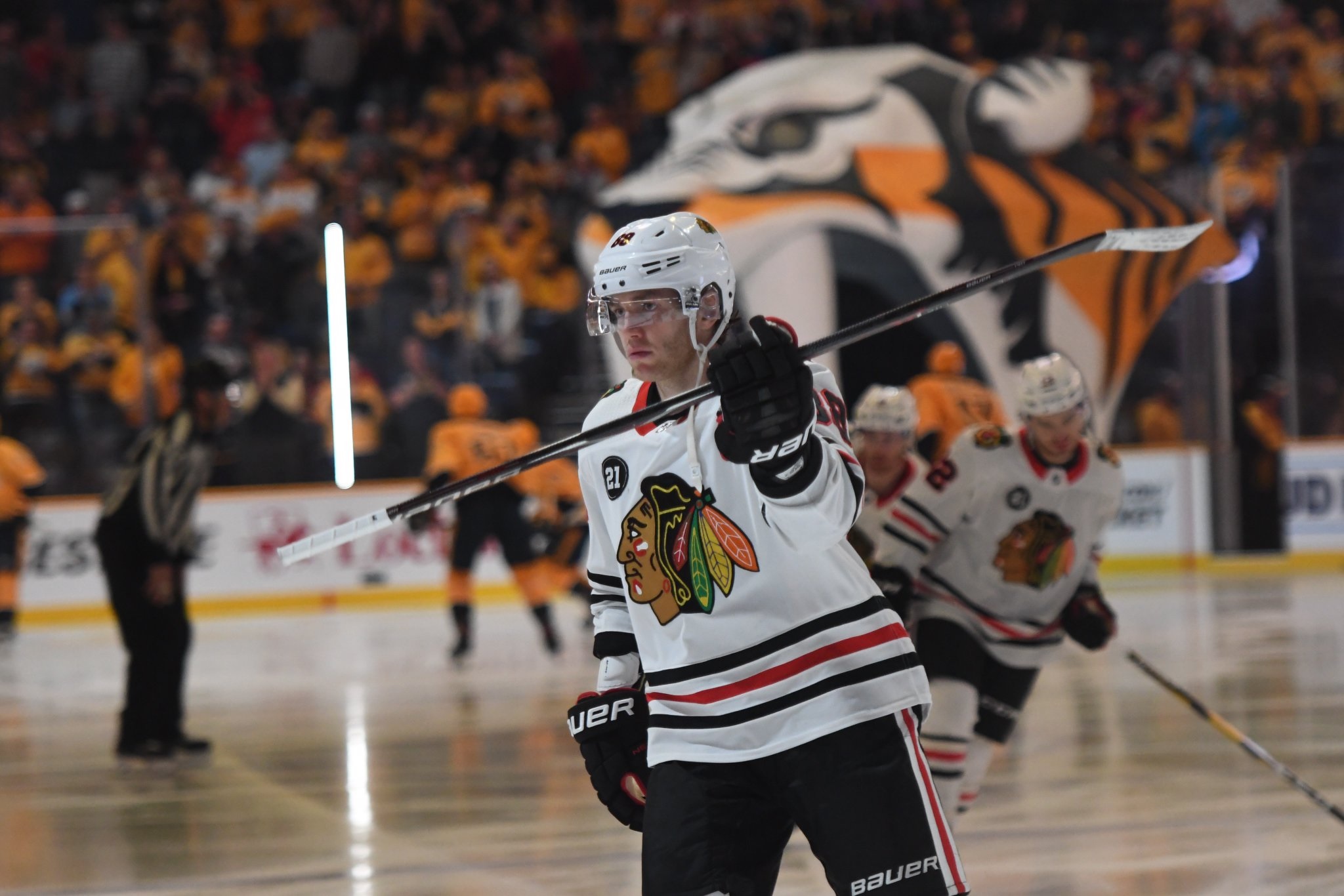 In many ways, Saturday night’s game in Nashville was a perfect representation of the 2018-19 season for the Chicago Blackhawks.

Corey Crawford was out hurt, so Cam Ward got the start.

This marked the 33rd appearance for Ward this season, who had to come in and cover 35 minutes in relief on Friday night at the United Center.

They were the first 20 minutes in this game. The Blackhawks were out-shot 14-8 but scored twice.

The new guys made an impact.

After the Blackhawks fired Joel Quenneville, Stan Bowman made a number of moves that have helped the Blackhawks improve as the season progressed. Brendan Perlini got Chicago on the board and Drake Cagguila added a second goal in the first period for the Blackhawks.

The Blackhawks couldn’t hold a lead.

That two-goal lead lasted 19 minutes into the second period. Dante Fabbro scored at 9:07 into the second and Filip Forsberg tied the game with 70 seconds left in the period.

The go-ahead goal for Nashville was scored by Viktor Arvidsson at 3:33 into the third period (the Pat Foley Special). It was a power play goal. Nashville came into the game with the worst power play in the league. Chicago came in with a historically bad penalty kill. While the Blackhawks did kill two penalties in the second period, the third was the back-breaker.

When it rains, it pours.

Colton Sissons and Nick Bonino scored in the final three minutes of regulation to blow the game open. Sissons’ goal came into an empty net. What had been a tied game became an ugly, one-sided loss on the scoreboard.

And that’s how it should have been. Ward played out of his mind in the first 30 minutes of the game to keep his team in the game but the Hawks allowed him to stand at the end of the firing range as the Preds unloaded.

Ward faced 49 shots in the game, stopping 45. He deserved better, but wouldn’t get that behind this Blackhawks team.

Jonathan Toews won 16 of 25 faceoffs. Patrick Kane picked up another point to close out his historic season. And the Nashville Predators are your 2018-19 Central Division Champions.