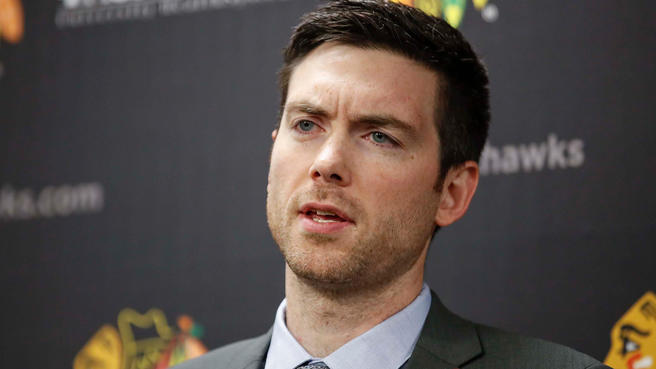 The Blackhawks are making a couple lineup changes for Friday night’s game against the New Jersey Devils.

Adam Gaudette will replace Ryan Carpenter up front; Dylan Strome is still on the trade block and watching from a suite.

And on the blue line, Ian Mitchell will take the night off. Erik Gustafsson will replace him in the lineup as Jeremy Colliton continues to keep Mitchell from ever getting comfortable in the NHL lineup.

Kevin Lankinen will get the start in net.