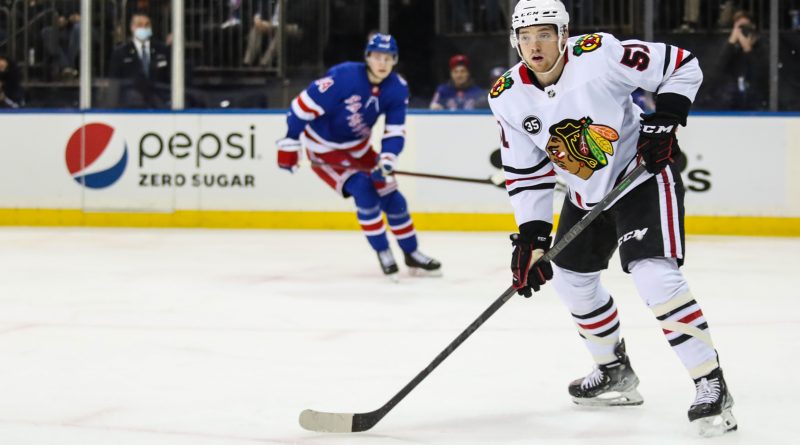 The good news for the Blackhawks and their fans came early on Wednesday morning. Forward Juhjar Khaira was released from the hospital and sent home to recover. The club did not provide a timeline for him to return to the ice, but did say he should be able to completely recover from the huge hit delivered by Jacob Trouba on Tuesday night.

UPDATE: around 6 PM CT on Wednesday the Blackhawks officially place Khaira in concussion protocol and on injured reserve.

In the wake of the injury, the Hawks made four roster moves. Defensemen Ian Mitchell and Wyatt Kalynuk were sent to Rockford, which clears up some of the questions with the Hawks’ blue line being incredibly crowded. Coming back to Chicago are forwards Mike Hardman and Philipp Kurashev.

The Blackhawks also activated forward MacKenzie Entwistle from IR and assigned him to Rockford.

Mitchell had played much better since being recalled after the coaching change. Kalynuk was still getting his legs under him after returning from IR himself.