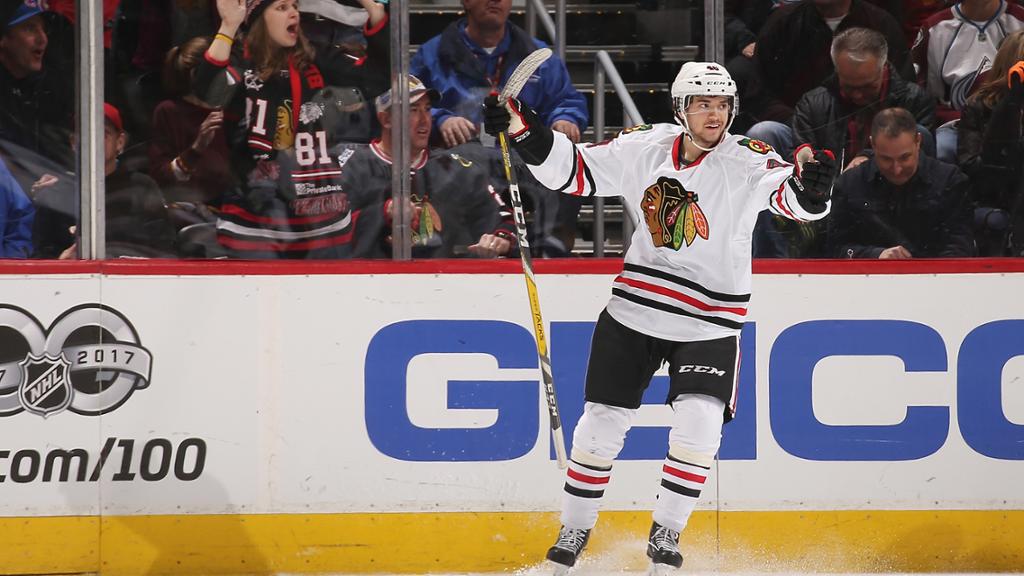 With the Blackhawks having a week off between Saturday night’s win in Edmonton and hosting… the Oilers at the United Center on the 18th, Chicago announced a number of roster moves on Sunday morning.

Veteran defenseman Michal Rozsival was activated off IR. Rozsival has been on IR since Jan. 29 (retroactive to Jan. 25) but had appeared in only 14 games before getting hurt.

Chicago also announced that forwards Nick Schmaltz, Tanner Kero and Vinnie Hinostroza and defenseman Gustav Forsling have been reassigned to Rockford. With six full days off and many veterans leaving town (Brent Seabrook is going to Disney World), this gives the Blackhawks young players an opportunity to continue skating. All four have done a good job contributing over the Blackhawks recent stretch of strong play and figure to be back late in the week.