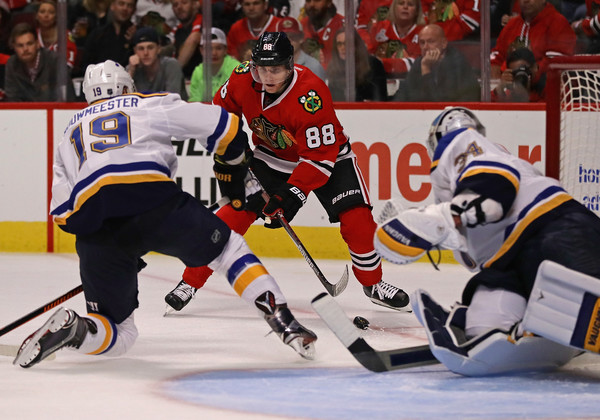 After a 5-2 loss on opening night, and with Niklas Hjalmarsson coming back from his suspension, the Hawks “tried” a few new look lines during Thursday’s practice.

Q re: Panarin, Toews, Panik on the top line and Motte with Kane and Anisimov on the second: "We're looking at it." #Blackhawks

Marian Hossa didn’t practice on Thursday; Dennis Rasmussen skated on the third line with Marcus Kruger and Ryan Hartman. The fourth line was the only one to stay intact from Wednesday night.

On the blue line, Hjalmarsson was with Duncan Keith at practice. Michal Kempny skated with Brent Seabrook and Gustav Forsling was with Brian Campbell.