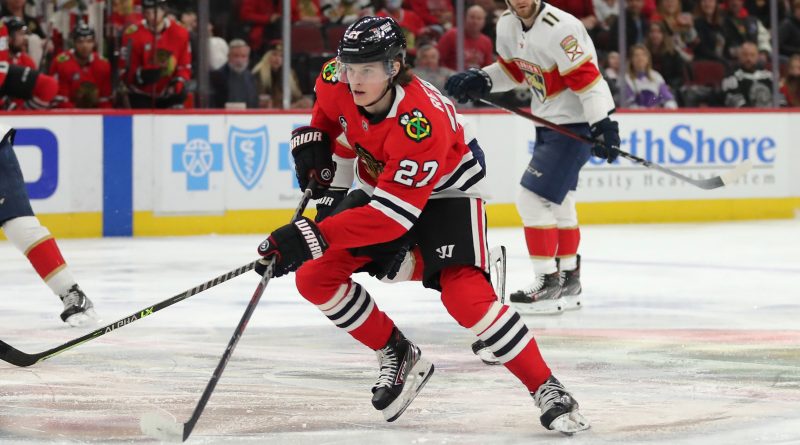 The Florida Panthers came in arguably the best team in the NHL — certainly one of the top three or four at worst — while the Blackhawks are… the Blackhawks. We aren’t going to beat a dead horse here, but a 5-2 loss to the Panthers is what fans should have expected going into the game Sunday.

And yet the first period gave us a glimpse of hope. The Hawks out-shot the Panthers 11-3 in the first and took a 1-1 tie to the room. Patrick Kane scored to get the Hawks on the board and the boys looked like they had a little mid-afternoon energy.

Florida out-shot the Hawks 11-8 in the second and took a 2-1 lead to the third period.

Florida out-shot the Hawks 11-5 in the third period and out-scored the Blackhawks 3-1 in the period to polish off the game with ease.

The good news was Caleb Jones’ goal in the third period, just after a power play came to a close, got the Hawks within one goal. And on that goal, Kane passed Denis Savard into sole possession of second place in franchise history in regular-season assists.

But the two goals in 39 seconds inside the final two minutes of regulation were killer. And a reminder that there are skilled teams in the NHL — and there are loaded, exceptional teams like Florida — and then there’s the Blackhawks.

This was a rougher outing for Lukas Reichel. He skated 13:52 and won just two of 11 faceoffs. Though he did get plenty of time with Kane, this was a good look for him at what elite NHL teams can do.

Kirby Dach, who continues to hear about his awful faceoff percentage being cause for concern, actually won six of 13 at the dot on Sunday. He skated 17:32 but appeared to maybe kinda sorta score a goal on his own team; well, a shot deflected off him into the net.

I really liked a lot of what I saw from Alec Regula. He skated 18:20 with two hits and two blocked shots. He’s got good size and could be a nice piece for the Blackhawks on the blue line moving forward… if they clear out some of the dead weight in front of him (and four or five other younger players).

38 thoughts on “Blackhawks No Match For Panthers”