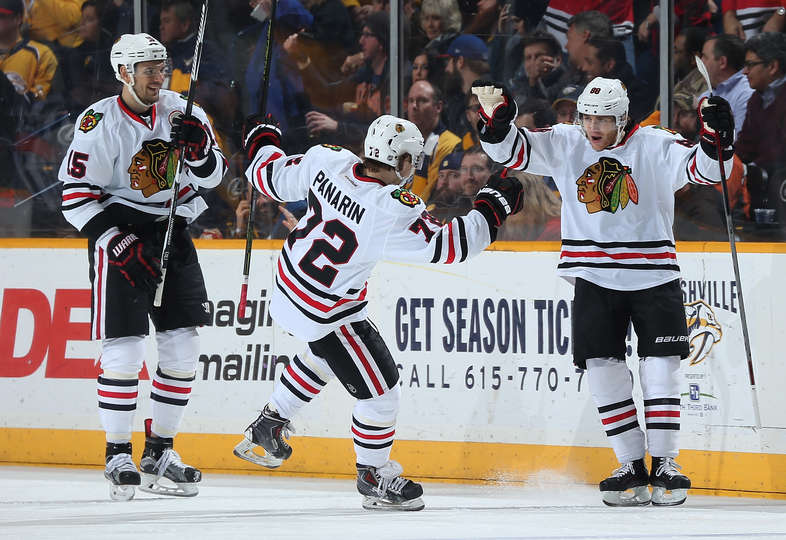 The Hawks made a number of roster moves on Monday to set the roster for the start of the 2016-17 season. Andrew Desjardins will miss 4-6 weeks, Alexandre Fortin will spend another year in the QMJHL, and both Brandon Mashinter and Mark McNeill are on waivers.

So what does the lineup look like for Wednesday night’s opener against St. Louis?

Here are the lines from practice, with a few familiar names put back together:

The defensive pairs skated at practice were:

TvR skated with Keith on Monday with Niklas Hjalmarsson suspended, but expectations should be for the Hawks’ top pair to be back together for the second game of the regular season.

Dennis Rasmussen and Michal Rozsival are still on the Blackhawks’ active roster, putting the team at the maximum 23 players including goaltenders Corey Crawford and Scott Darling.