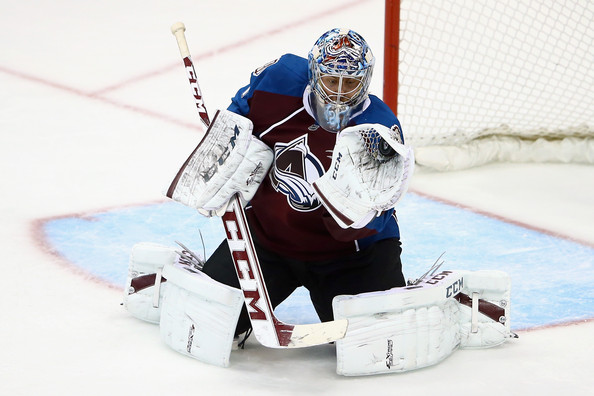 While some might feel that the sky is falling, credit needs to be given where it’s deserved. And what Semyon Varlamov has done against the Hawks this season is certainly worthy of respect – and concern with the prospect of a first round series against the Avs on the horizon.

The Blackhawks have lost three of six game since the Olympic break, and now sit in third place in the Central Division.

In the Hawks three losses – at the Rangers and twice against the Avs (once in Chicago, once in Denver) – the Hawks have been outscored 9-5. That margin of four goals in three games includes an empty netter by Paul Stastny when the Avs won 4-2 in Chicago last week.

Over those three losses, the Blackhawks have out-shot their opponents 109-74; Henrik Lundqvist and Varlamov have combined over three games to post a .963 save percentage.

The Blackhawks have lost 14 games all season – four have come with Varlamov in the other net. Colorado’s netminder has a .960 save percentage against Chicago this season.

Is Varlamov the antidote to the Blackhawks’ potent offense?

Since the beginning of the 2009-10 campaign, only six goaltenders have won three games against the Blackhawks during a single regular season.

If the Hawks face the Avs in the first round of the 2014 postseason, they will need to overcome a goaltender who has had their number all year.