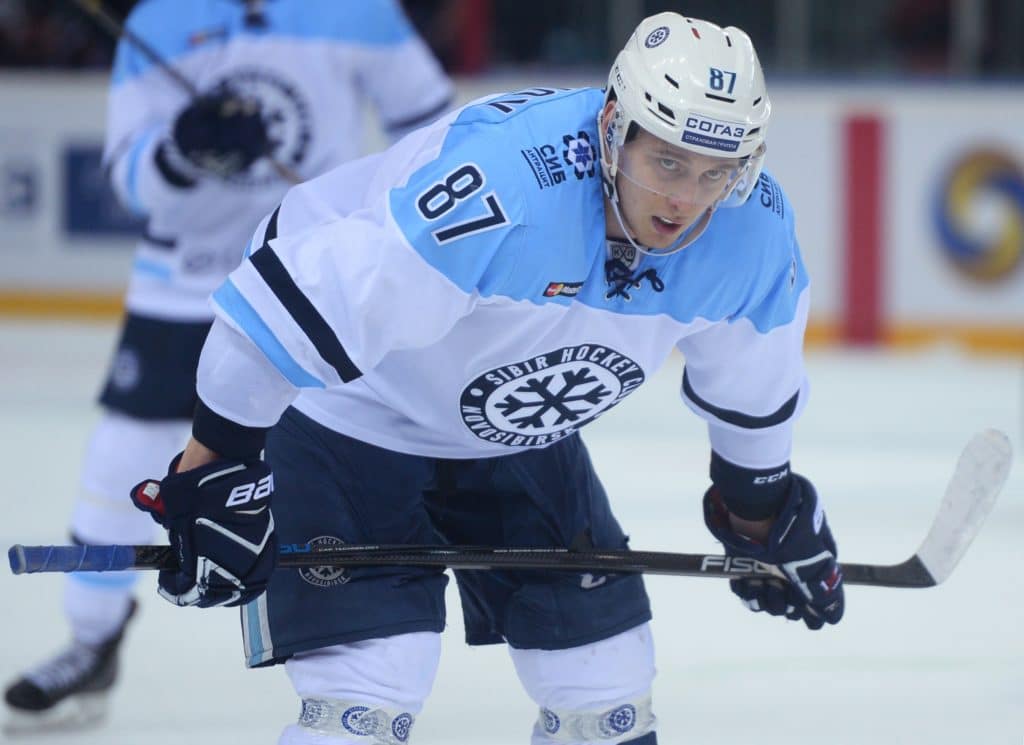 It’s been three weeks since we checked in with the Blackhawks pool of prospects, so let’s take an early end-of-the-calendar-year look around the group.

One name that has surfaced recently as a potential player in the mix for the Hawks in the near future is Maxim Shalunov.

A fourth round pick by the Blackhawks back in 2011, Shalunov will turn 24 at the end of January. He has emerged as one of the top offensive players in the KHL this season with 17 goals and 14 assists in 31 games for Novosibirsk Sibir (through Dec. 21 action).

And as Scott Powers of The Athletic wrote last week, the Blackhawks not only have interest in bringing Shalunov over to the NHL, but still own his rights. He played 20 games in Rockford during the 2013-14 season before heading back to Russia. Shalunov’s KHL contract expires at the end of the 2016-17 season.

Also of note, Corey Pronman at ESPN previewed the USA roster for the upcoming World Junior Championship. He offered the following assessments of two Blackhawks prospects who are expected to be on the roster:

Alex DeBrincat, RW
The 5-foot-7 DeBrincat is going to wind up as one of the top overall scorers in recent OHL history whenever he graduates to the pro level. “He bleeds skill,” said one NHL scout. As a returning player (after a very disappointing tournament last year) DeBrincat will need to be great in order for the USA to go deep. His offensive game is well-rounded: He can dangle, but he plays at a quick pace, makes good decisions, battles hard and has a big shot too.

Chad Krys, D
Krys has stagnated significantly as a prospect during the past two seasons; he started his draft season with some believing he could go in the top 10, but fell to the Blackhawks at No. 45 overall. Despite the disappointing 2015-16, he’s been a fixture for the U.S. at international tournaments within his age group. When he’s on his game, he’s a dynamic player with his mobility and speed. However, his defensive game has a long ways to go in terms of reads and winning battles.

Let’s begin with the prospects not playing college hockey this season.

Here are updates on the Hawks’ NCAA prospects: