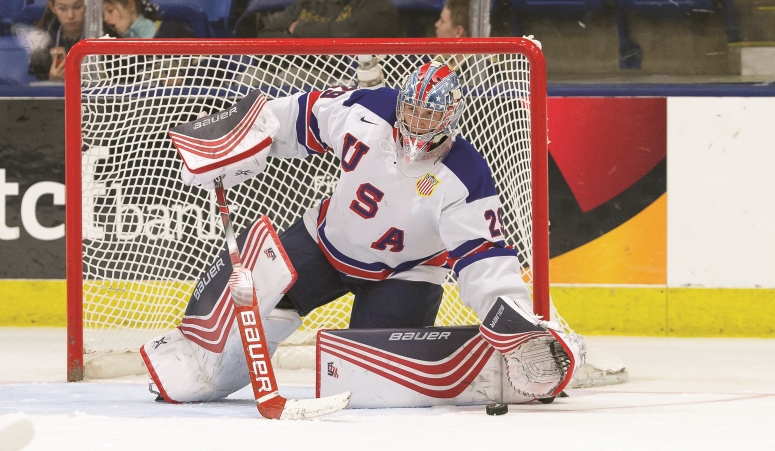 Even though the NHL isn’t sending players to the Olympics, that doesn’t mean the tournament has been called off completely.

On Thursday afternoon, USA Hockey announced the new-look roster that will represent the country in the Games. And one Blackhawks prospects will be wearing the red, white and blue.

NEWS: Reporting with @chrismpeters, sources tell @DailyFaceoff these 25 players are expected to be named to Team USA ?? for #Beijing2022 Olympics later today.

Goaltender Drew Commesso, who was slated to be the No.1 goalie for the USA at the World Juniors until COVID shut that tournament down, will be on the Olympic roster. He was supposed to be on the USA roster for the WJC last year as well, but a COVID outbreak on his college roster cost him the chance to represent the United States last year, too.

Here’s hoping things go well and he’s able to help the US win a medal in the Winter Olympics this year.

3 thoughts on “Blackhawks Prospect Drew Commesso Headed To The Olympics”