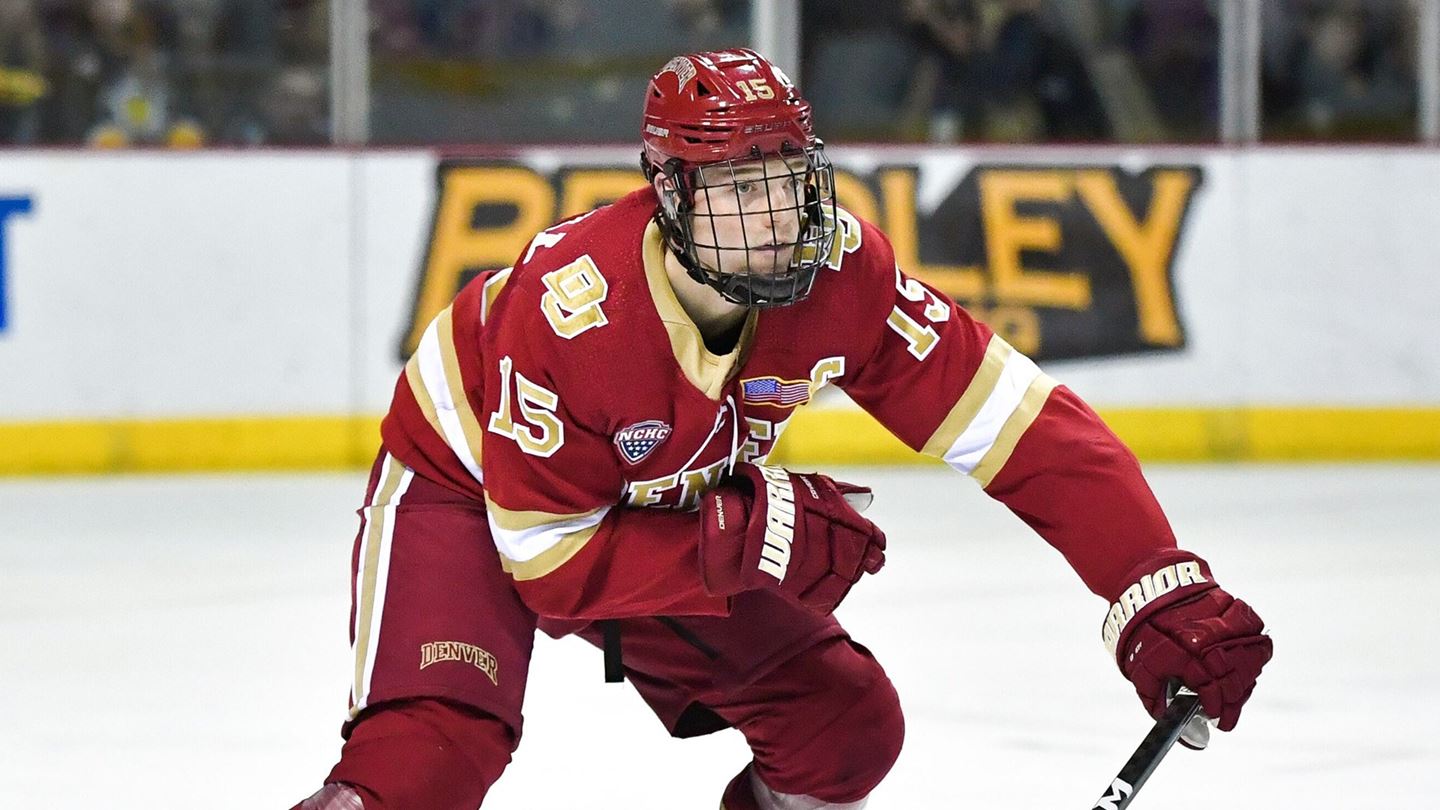 On Wednesday, Blackhawks defensive prospect Ian Mitchell was named NCHC First-Team All-Conference. The junior defenseman finished the season with 10 goals and 22 assists in 36 games for the Pioneers.

Blackhawks fans should hope to see Mitchell in a Blackhawks sweater soon. He’s an elite prospect.

Mitchell, 21, was a second round pick (#57 overall) by the Blackhawks at the 2017 NHL Draft. He finished ranked sixth among all defensemen in scoring this season in scoring and seventh in goals. His 10 goals in conference play was tied for the NCHC lead and his 32 points ranked second. Mitchell led NCHC defensemen in shorthanded goals (2), game-winning goals (3) and shots on goal (100), while ranking second in power-play points (18).

Mitchell was named Second-Team All-Conference last season after being named to the NCHC All-Rookie team in his freshman season.