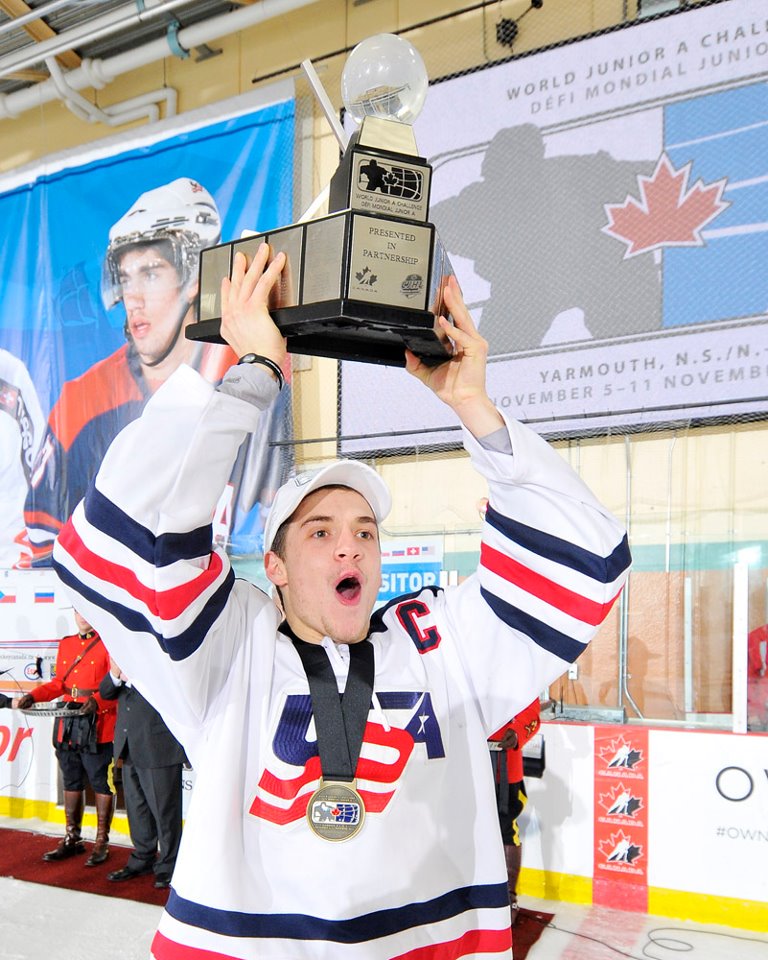 Among the forwards receiving a call is Bartlett native Vince Hinostroza, who was selected by the Blackhawks in the 6th round of the 2012 Draft.

Hinostroza represented the United States last year at the World Junior A Challenge. He was named the tournament MVP, leading all forwards with eight points – six goals (one short-handed, one powerplay) and two assists – in four games as the United States won gold.