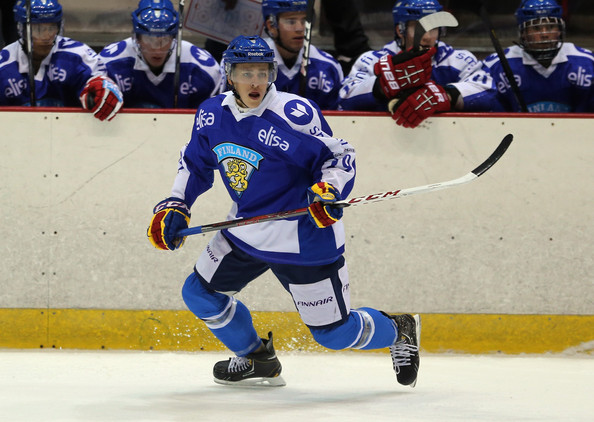 Teuvo Teräväinen, F, Finland
4 games, 3 goals, 1 assist, 4 points, Even
Teräväinen leads Finland with 19 shots on goal and is second with three goals. He was named Finland’s Player of the Game in their 5-4 victory over Switzerland on Dec. 30.

Mark McNeill, F, Canada
3 games, 0 points, Even
Entering play on Monday, McNeill ranked fifth in the tournament, winning 27 of 40 faceoffs (67.5%). He has been credited with five shots on goal through three games for Canada.

One thought on “Blackhawks Prospect Updates from 2013 WJC”