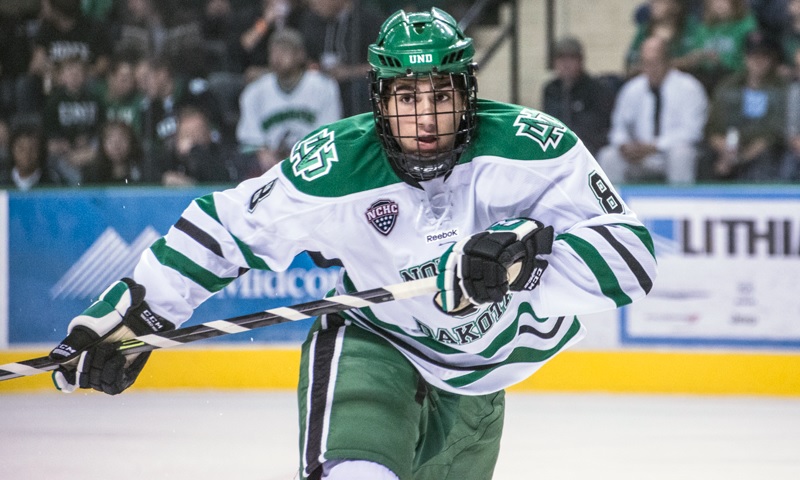 Since Stan Bowman took over as the general manager of the Chicago Blackhawks, the organization has consistently used draft picks on players headed to college. Indeed, this summer was the first time since Bowman assumed the GM role that the Hawks didn’t take at least three players with college commitments. Twice over the last six Drafts, Bowman used a first round pick on a player headed to college (Kevin Hayes in 2010, Nick Schmaltz in 2014).

Last year, we tracked some key Blackhawks prospects as they played college hockey. Two of those players – defenseman Mike Paliotta and forward Vince Hinostroza – signed with the Hawks in the spring. And, as this summer has progressed, only one of the two remains with the organization; Paliotta was part of the trade sending Brandon Saad to Columbus.

Let’s look ahead to the 2015-16 season and which college campuses the Blackhawks will have prospects playing at this year.