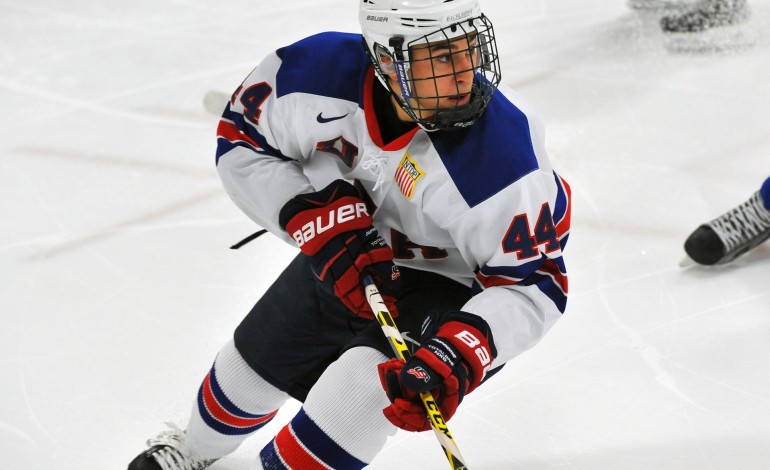 This week the 2017 World Junior Summer Showcase is taking place at the USA Hockey Arena in Plymouth, Michigan, and it isn’t treating the Blackhawks prospects in attendance well.

USA defenseman Chad Krys, a second round pick by the Hawks in 2016, suffered an upper-body injury over the weekend and is done for the Showcase. He will head back to Boston University for the upcoming season, but will reportedly get another look from USA Hockey for the World Juniors in late December.

Finland defenseman Henri Jokiharju, the Blackhawks’ first round pick this summer, suffered a knee injury and is done for the week. Roope Laavainen, a fourth round pick this year by Chicago, is also on the Finnish roster and is having a good week.

Finally, Sweden forward Tim Söderlund, also a fourth round pick this summer by the Hawks, reportedly suffered a back injury. He could play on Wednesday.

The Summer Showcase includes 12 international games between Canada, Finland, Sweden and the United States in preparation for the 2018 IIHF World Junior Championship, which will take place Dec. 26, 2017 – Jan. 5, 2018, in Buffalo, New York.