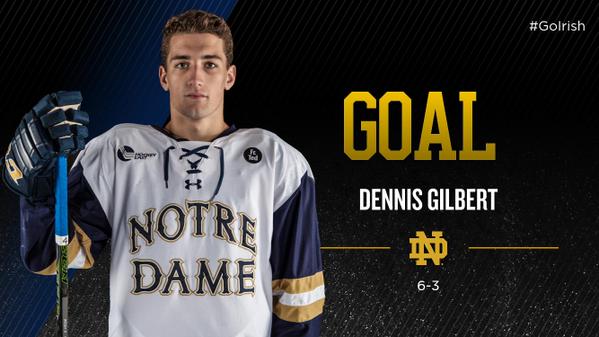 Friday night was a strong statement for the Blackhawks’ NCAA prospects.

Notre Dame freshman Dennis Gilbert got off to a great start in his college debut, scoring twice for the Fighting Irish. The Hawks’ third round pick (#91) in 2015, Gilbert made The Hockey News‘ list of top NCAA prospects.

GILBERT with his second of the night! Irish up 6-3! pic.twitter.com/7c2Vudob4L

Boston College forward Chris Calnan also scored to open the season. The Hawks’ third round pick (#79) in 2012, Calnan is beginning his junior year after posting 16 points in 37 games as a sophomore.