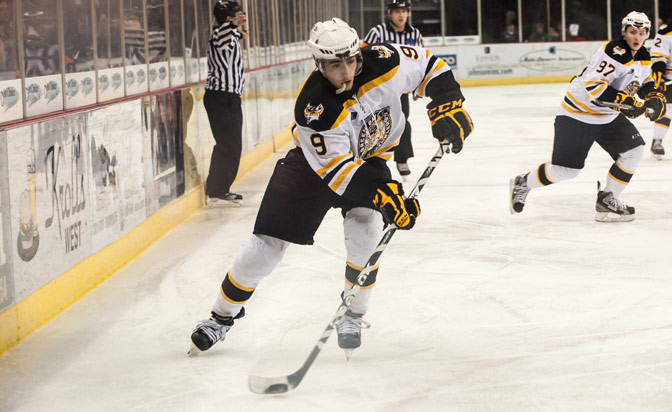 This week, a number of Blackhawks prospects are playing in the US Junior Evaluation Camp in Lake Placid, NY.

Mark Osiecki, an associate coach for the Rockford IceHogs, will be the head coach for the US team in the upcoming World Junior Championship.

The United States collection of players are split into two teams – White and Blue – during the camp. To open the scrimmages, the US teams played each other; Team Blue won the scrimmage 5-2.

Hayden had one goal and Motte had one goal and one assist for Team Blue in the victory, while Schmaltz and Louis were held pointless in the loss. Louis had the lone penalty for the four Hawks prospects.

In the first scrimmage on Sunday, USA White lost 4-3 to Sweden. Louis scored a goal for the Americans, with Schmaltz having the primary assist. For Sweden, both Norell and Dahlstrom were held pointless in the victory.

The second scrimmage featured USA Blue defeating Finland 2-1. Motte was credited with an assist while Hayden failed to register a point in the victory.

3 thoughts on “Blackhawks Prospects In Action At Lake Placid”