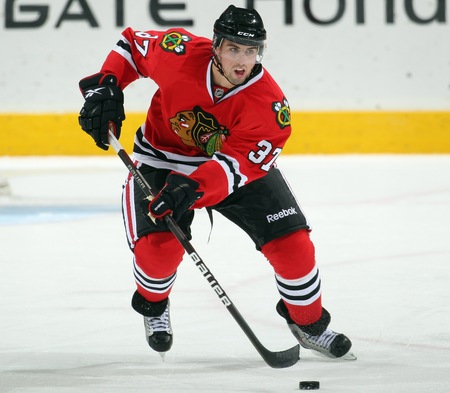 As expected, both Jeremy Morin and Nick Leddy were named to the final roster for Team USA, which will play in the World Junior Championships in Buffalo.

Both Morin and Leddy have spent some time with the Blackhawks this year, but have spent most of the season with Rockford. Leddy was acquired in the trade that sent Cam Barker to Minnesota last year, and Morin was the key figure in the blockbuster trade that sent Dustin Byfuglien, Brent Sopel and Ben Eager to Atlanta this summer.

Morin and Leddy join another Hawks prospect at the WJCs. Defenseman Dylan Olsen will represent Canada. Also, two of the Hawks selections from the 2010 Draft are on the rosters for their respective countries. Mirko Hoefflin, selected in the 6th round (151st overall) is on Germany’s roster, while Ludvig Rensfeldt (2nd round – 35th overall) is on the roster for Sweden.