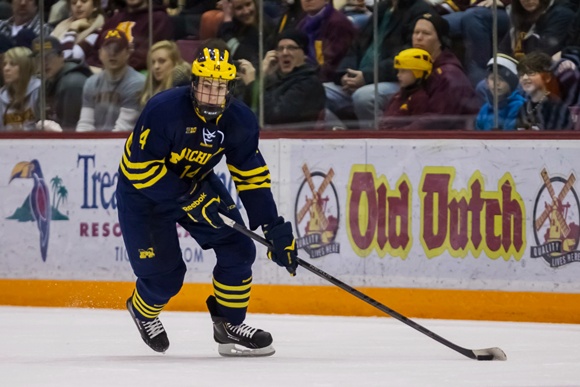 Over the last few years, college prospects have made a major impact on the Blackhawks. Since the end of February, the Hawks have signed Vince Hinostroza, Kyle Baun, Tanner Kero, Mike Paliotta and Nolan Valleau from the NCAA ranks, and the organization has some of its top prospects headed back to college this season. Defenseman Sam Jardine also left Ohio State early, and has signed an AHL contract with the IceHogs.

Here’s a reminder of where the Hawks’ top prospects are playing their college hockey this year.