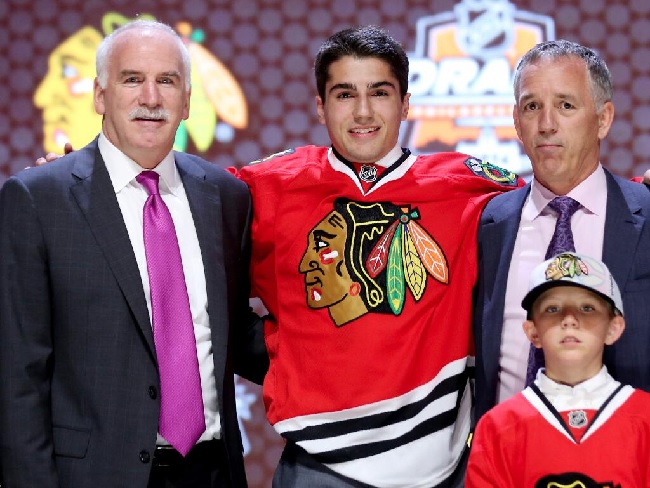 The Frozen Four will play out in two national semifinal games tomorrow night in Boston, and a number of Blackhawks prospects will play a prominent role.

At 4:00 PM CT, Providence will face Omaha and Hawks prospect defenseman Luc Snuggerud. As a freshman, Snuggerud posted two goals and 14 assists in 38 games this season. He was a fifth round pick (141st overall) by the Blackhawks in 2014.

In the nightcap (scheduled for 7:30 PM CT), #3 Boston University will host a #2 North Dakota team led by three Hawks prospects.

Both games are on ESPN2.