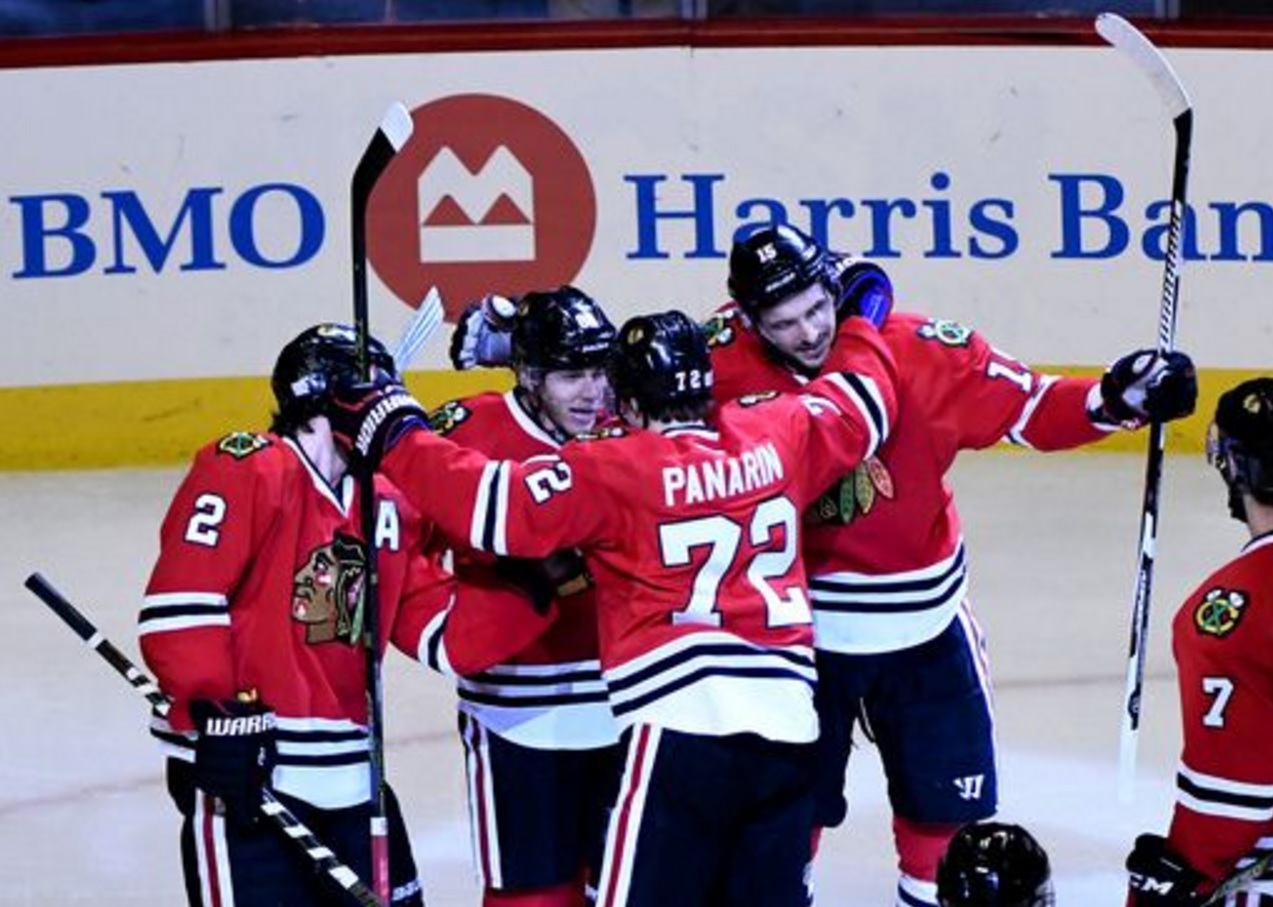 After losing to the Flames in a shootout last week, the Blackhawks made sure Tuesday night’s game ended without a doubt.

Facing a familiar face – former Blues goaltender Brian Elliott – the Hawks didn’t get a lot of shots to the net but they made those that got to the net matter.

Patrick Kane got the party started with a dirty goal through traffic with 62 seconds left in the first period.

Chicago was out-shot 13-6 in the first period, but successfully killed penalties with Marian Hossa and Marcus Kruger in the box. Corey Crawford once again did the job, and the Hawks took a lead to the second period.

The second 20 minutes didn’t play out as well as the first. Former Blackhawk Michael Frolik scored a short-handed goal at 7:06 to tie the game. But the Hawks killed two more penalties; these were for too many men (served by Nick Schmaltz) and Brian Campbell for delay of game. Calgary out-shot the Hawks 13-9 in the middle stanza.

In the third, the Hawks put the game away.

At 7:44 into the third, the Blackhawks hottest player continued his roll. Artem Anisimov scored a power play goal, his seventh of the season, to extend his point streak to eight games.

Rookie forward Tyler Motte effectively put the game away 4:50 later with his third of the season.

At 16:15, the teams mixed it up and both Dennis Rasmussen and Lance Bouma went to the box. Calgary pulled Elliott during the 4-on-4 and Artemi Panarin took advantage with a special play, scoring into the empty net.

Niklas Hjalmarsson beat Elliott for the fifth and final goal of the night at 18:16.

Crawford made 33 saves in the victory, while Elliott allowed four goals against only 21 shots.

Anisimov added an assist to his goal, was credited with three hits and won nine of 12 at the dot in another strong performance. Jonathan Toews won 13 of 20 faceoffs in the game as well to lead the Hawks.

Gustav Forsling, injured in last week’s game against the Flames, returned to the lineup and skated 16:38 with one hit and one blocked shot. Michal Rozsival stayed in the lineup and performed well again, pitching in four hits and two blocked shots.

Seven different Blackhawks were credited with an assist in the win, led by Kane’s two. Motte added two takeaways, one hit and one blocked shot to his goal in an all-around solid performance. And Panarin led the Hawks with three takeaways.

Over their last three games – all victories – the Blackhawks have killed nine of 10 penalties and have outscored New Jersey, Los Angeles and Calgary 10-3. Crawford has been exceptional during the run, making at least 30 saves in all three wins.