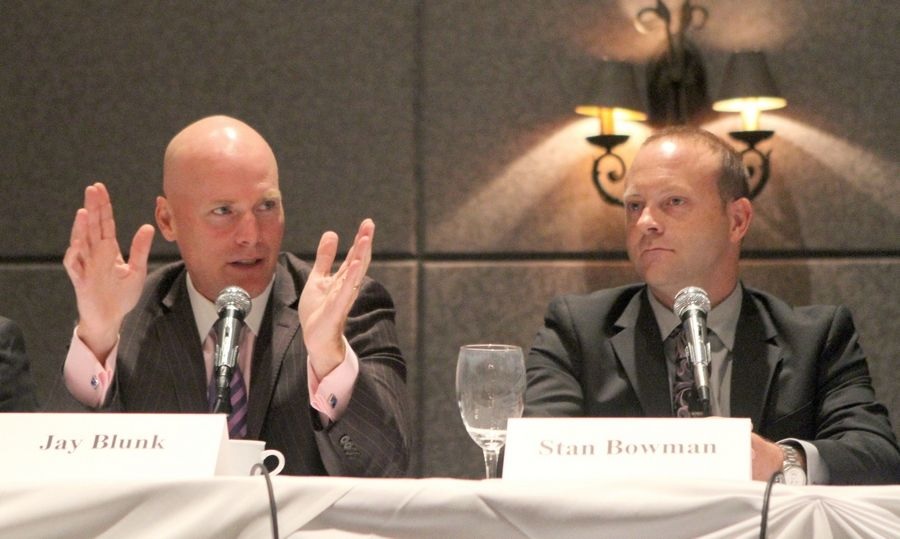 Things have been quiet at the Blackhawks with regards to organizational changes this summer. But over the past few weeks, changes have been happening.

Scotty Bowman and Barry Smith are no longer part of the organization.

Neither is Jay Blunk. He had been the Blackhawks’ executive vice president of business operations, joining the organization 13 years ago with John McDonough. He is reportedly moving on to work in the college NIL space.

Pete Hassen, who had been with the organization for 16 years and was most recently the vice president of marketing, left the Blackhawks earlier this summer.

James Gary, who was the Blackhawks’ mental skills coach for more than a decade, retired at the end of last season. His name has been prominently mentioned in the pending lawsuit(s).

And Marie Sutera, who was the vice president of human resources, left with the Blackhawks after 13 years as well.

James Gary and Marie Sutera are both tied to the Bradley Aldrich scandal.

Gary allegedly convinced the Blackhawks player in 2010 that the assault was his own fault.

Sutera allegedly told Michigan police in 2013 they'd have to subpoena the Hawks to get information on Aldrich.