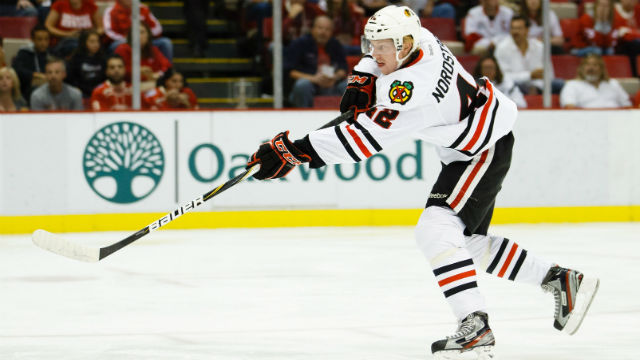 On Wednesday afternoon, the Blackhawks announced that the team has signed forward Joakim Nordstrom to a one-year contract.

Nordstrom, 23, was named the captain of the Rockford IceHogs last season, but saw action in 38 regular season games and three postseason games with the 2015 Blackhawks. He has recorded six points (one goal, five assists) in 54 career NHL games.

The Blackhawks originally selected Nordstrom in the third round (90th overall) in the 2010 NHL Draft. Nordstrom is now the last player left in the Blackhawks organization from that draft class; defenseman Nick Mattson, a sixth round pick in 2010, and goaltender Mac Carruth, a seventh round pick that summer, each signed an AHL contract with the IceHogs for the 2015-16 season earlier this summer.