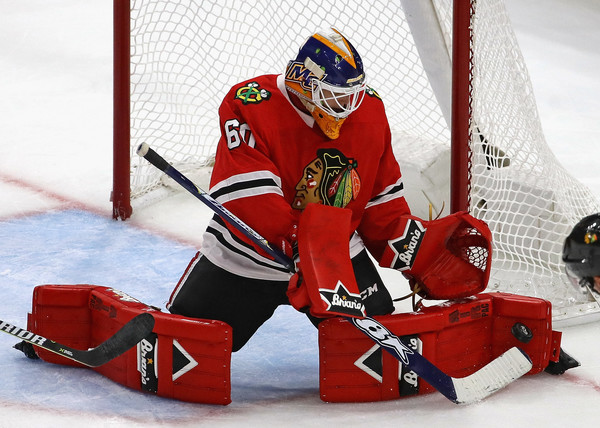 On Wednesday morning, JF Berube cleared waivers and was sent to Rockford.

His replacement on the Blackhawks roster: Collin Delia.

If/When he appears in an NHL game, Delia will play for all three levels of the Blackhawks organization in one season. He has appeared in 10 games wit the ECHL’s Indy Fuel and 24 games for the Rockford IceHogs in the AHL.

Delia, 23, signed with the Blackhawks as a free agent last summer after three years at Merrimack College (Hockey East).